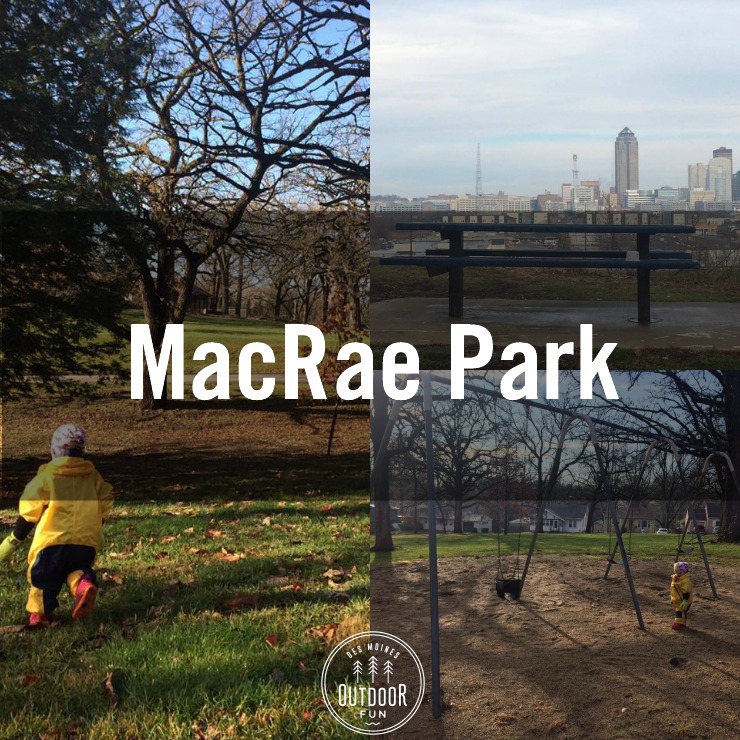 Temperatures are dropping, but we are still trying to get outside! My daughter and I went over to check out MacRae park recently; I had read that it has the best view of downtown in the city and was intrigued. The official Des Moines Parks website said it has playground equipment but no pictures, so we set out to explore.

You can see more specific details on the MacRae Park page below or check out its location on the interactive map. 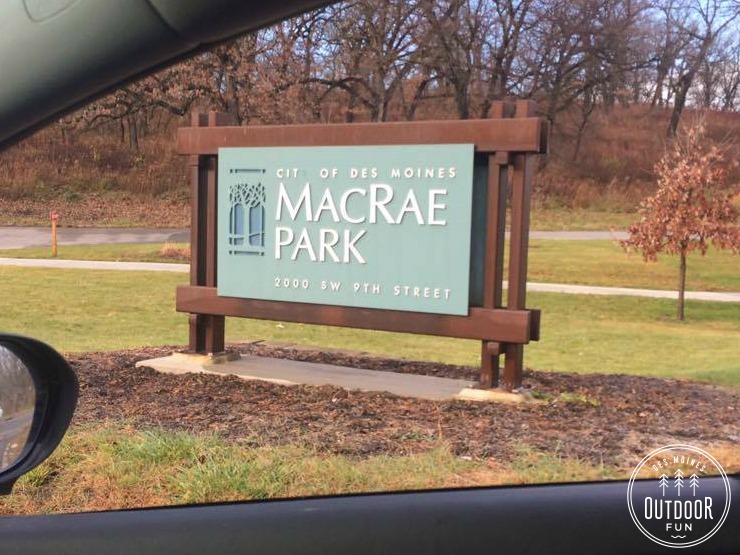 The turn-in comes up quickly off the road, with a large winding road loop around the park, part of which is one-way. 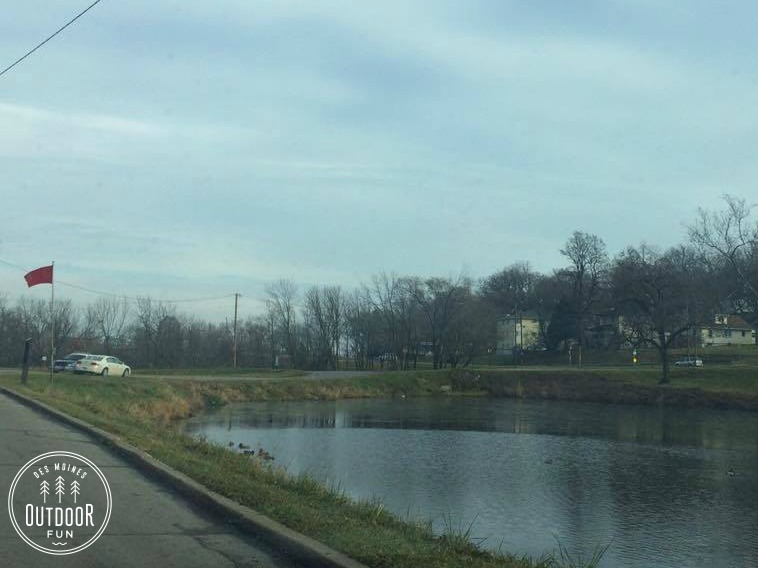 There is a lake right at the entrance; it is apparently stocked with fish and also used for ice skating in winter (you can see the red flag indicating it isn’t safe to skate right now, ha). There were lots of ducks and I think there is a fountain during warmer months. 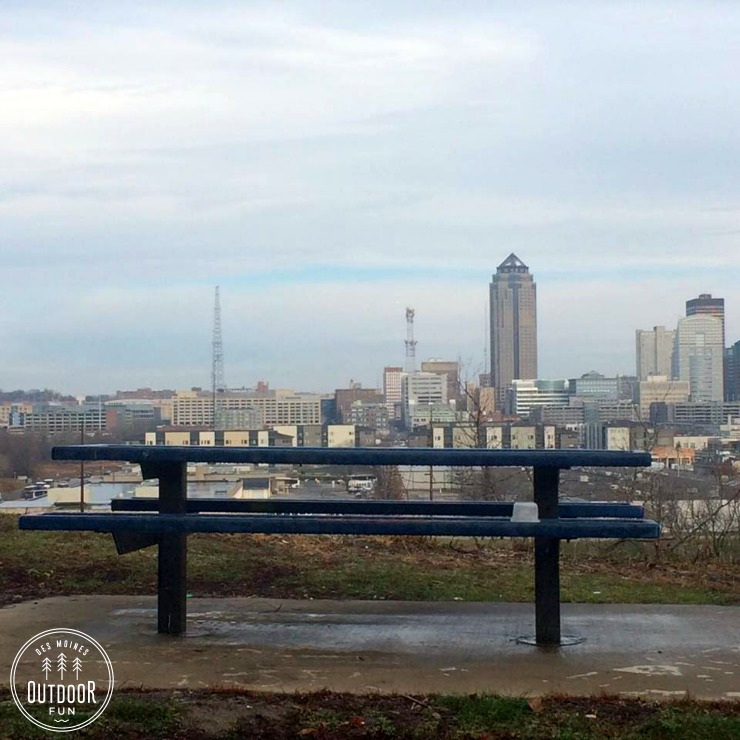 You drive almost immediately to the clear overlook – with a picnic table and bench for relaxation. 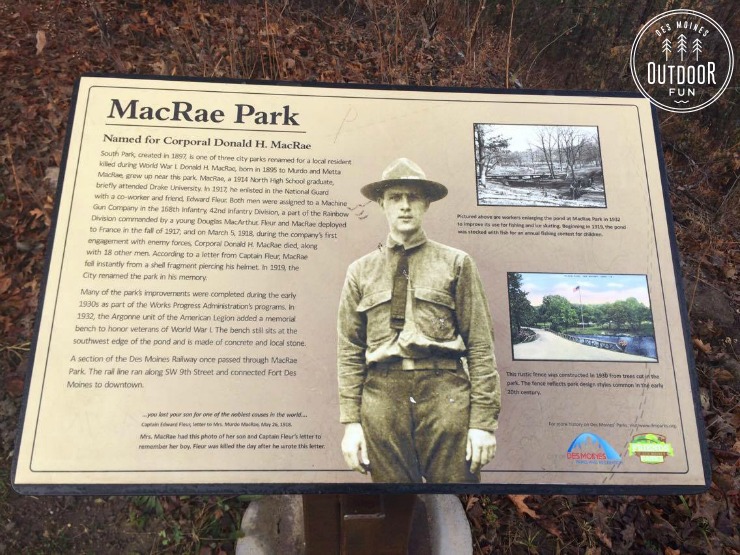 There is also a historical sign, talking about who the park was named after – Corporal Donald H. MacRae. 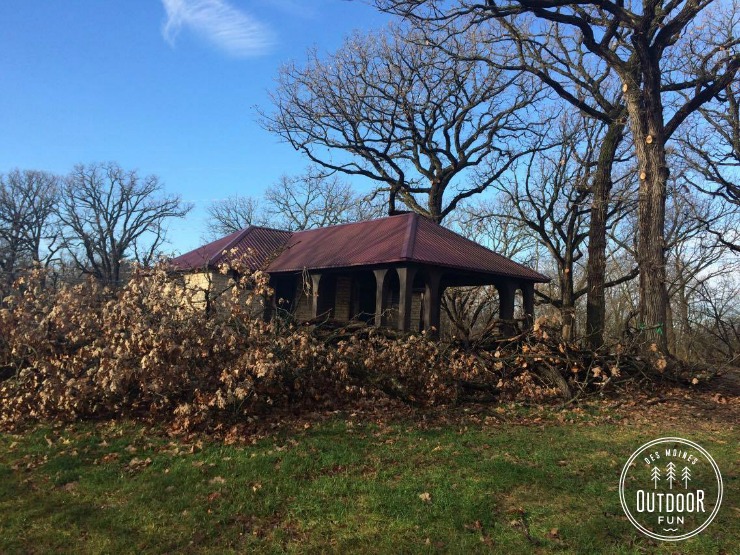 As you continue to drive, you’ll probably spot this shelter house, right next to the swingset. It turns out you either have to park on the street/at the corner or exit the park, and turn right, then right again to get back and park alongside it. 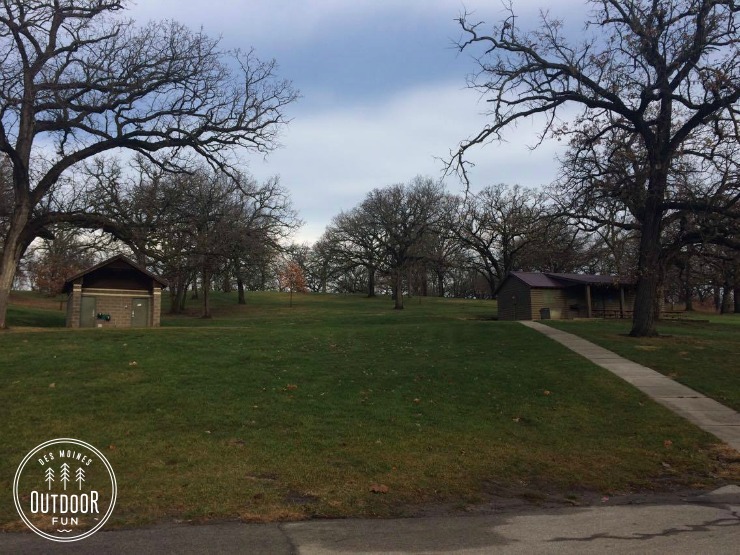 If you keep driving, you’ll loop around to see another set of buildings, with a bathroom and a shelter house. I remember dropping off a kid I nannied here, there are camps held here in summer. 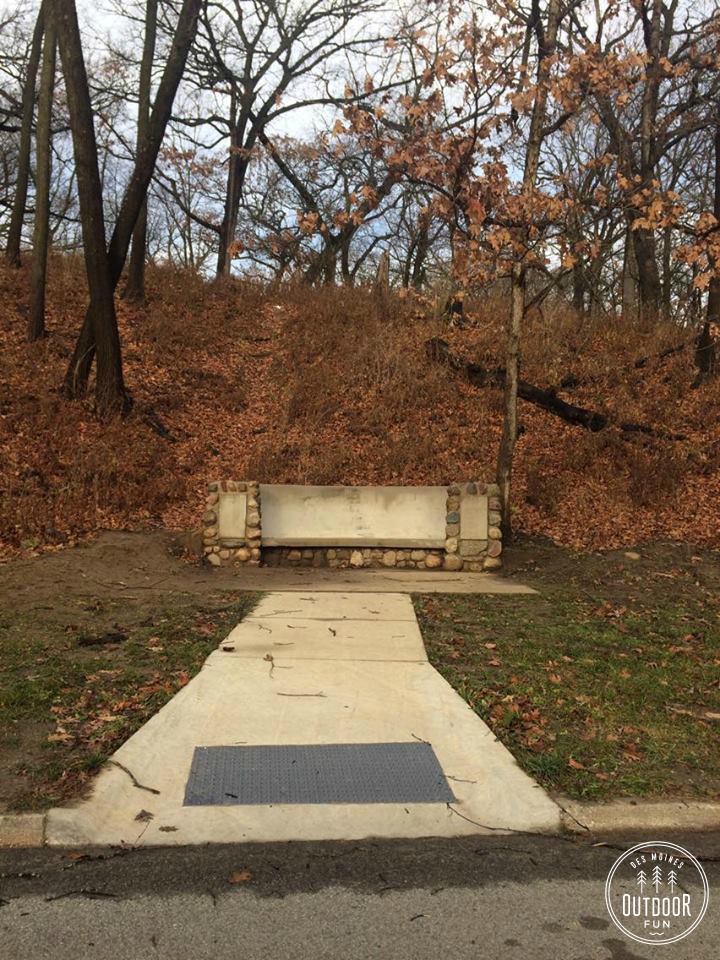 Continuing out, I spotted this cool stone bench. I bet it would make for beautiful pictures in fall! 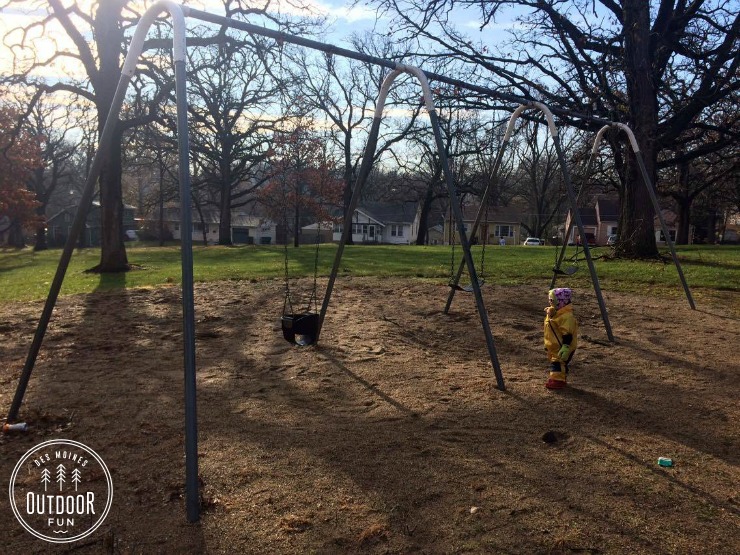 We drove back and looped around to check out the “playground” which was only this set of swings. They were in decent shape but there was trash everywhere, with no trash cans in sight. We picked up what we could, but it was overwhelming! 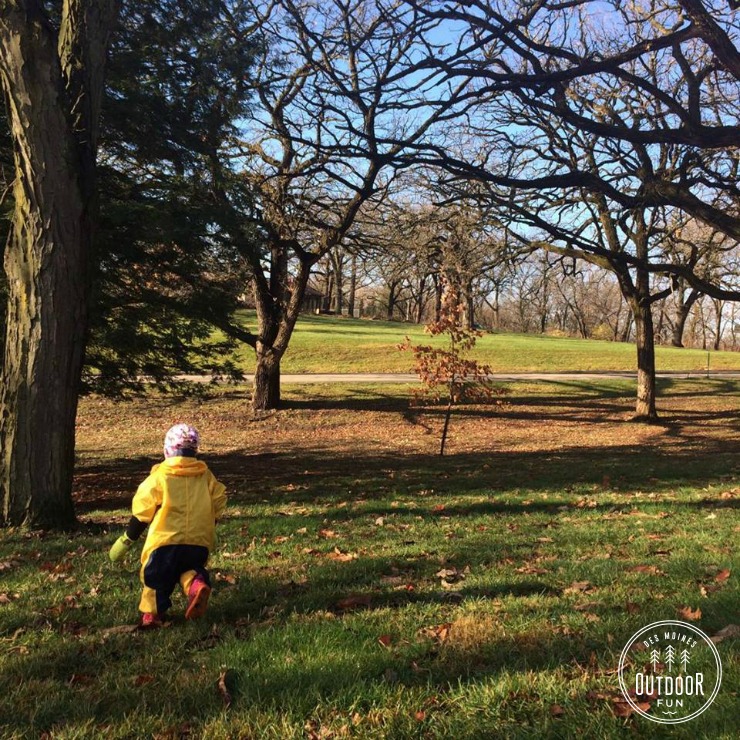 The hills and trees were so inviting, even though it was cold we explored a little. This would be a great spot to wear out dogs and just roam. There were lots of interesting seed pods and different tree species. 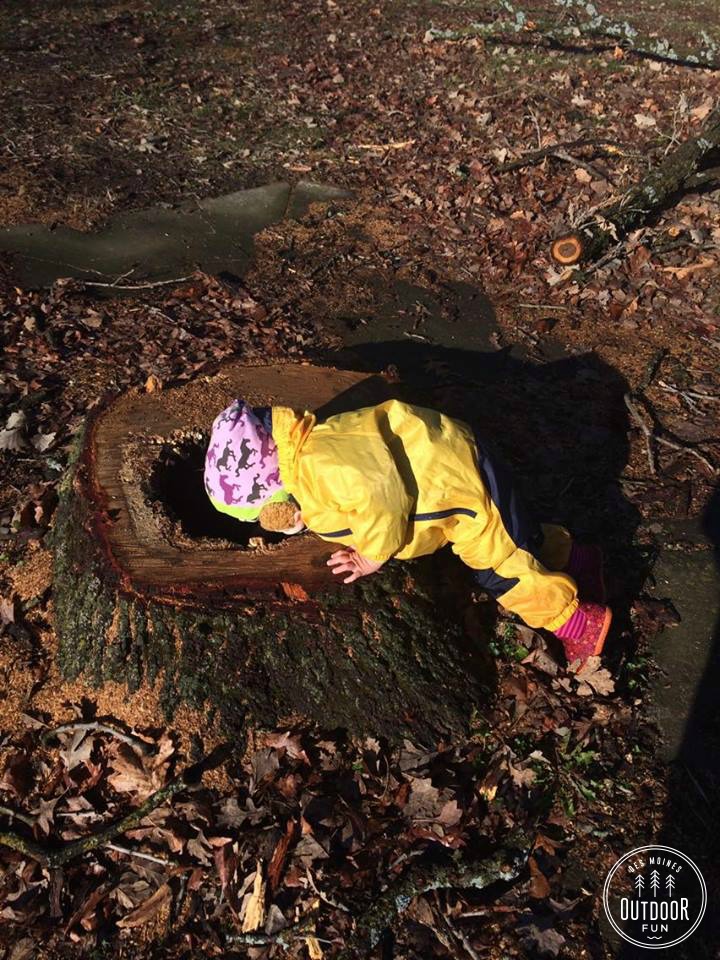 Probably not a common occurrence, but someone had cut down this giant tree recently. The big, empty stump provided lots of entertainment.

I was disappointed that there wasn’t much of a playground, but MacRae was a beautiful green space with unique topography. I think we will try to get back and do an organized trash pick-up in spring and eat lunch overlooking that awesome view!