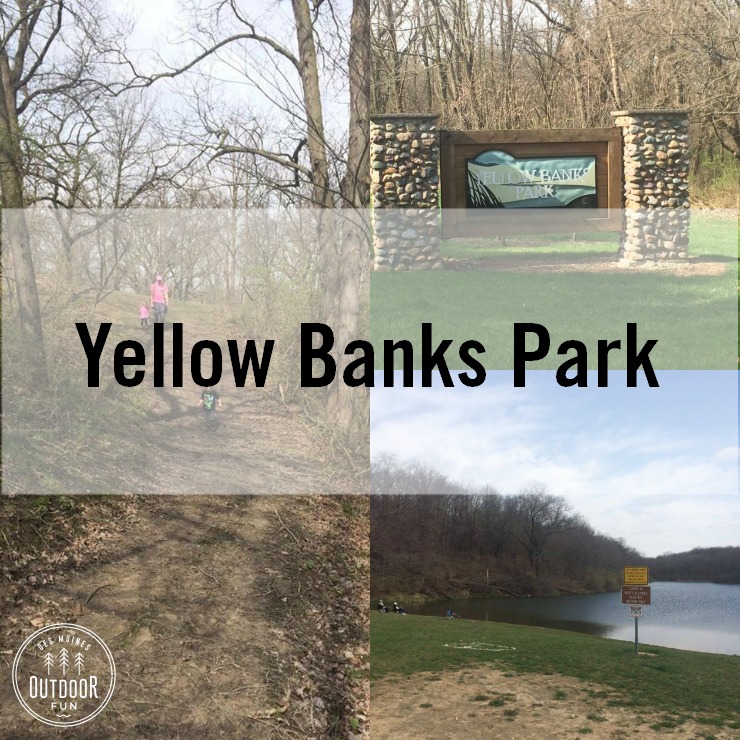 Last summer, a friend and I tried to check out Yellow Banks Park on the Savanna trail and were absolutely swarmed by mosquitoes. Despite light rain, they were horrendous and it was hard to admire the 250-year-old trees when we were dizzy with swatting! This spring, I was determined to get back out and planned to try out the Backpacker trail. My family and I started off in a different direction by accident, ending up on a super interesting path I confirmed with a park ranger that where we ended up is going to be a new trial and it is totally walkable as is, so I’m sharing it!

You can see more specific details on the Yellow Banks page below or check out its location on the interactive map. 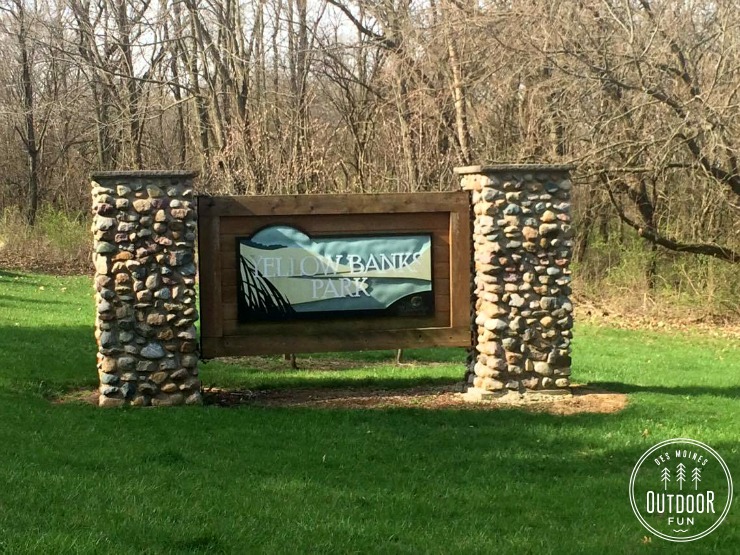 Located in Pleasant Hill to the east of the metro, it is a pretty and quiet drive out to the park. 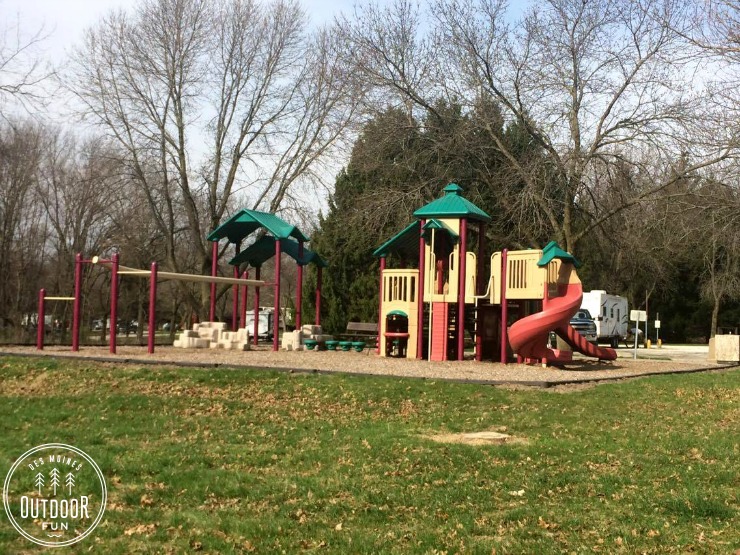 There’s a playground right up at the front with some fun elements, this is within walking distance of the savanna trail. 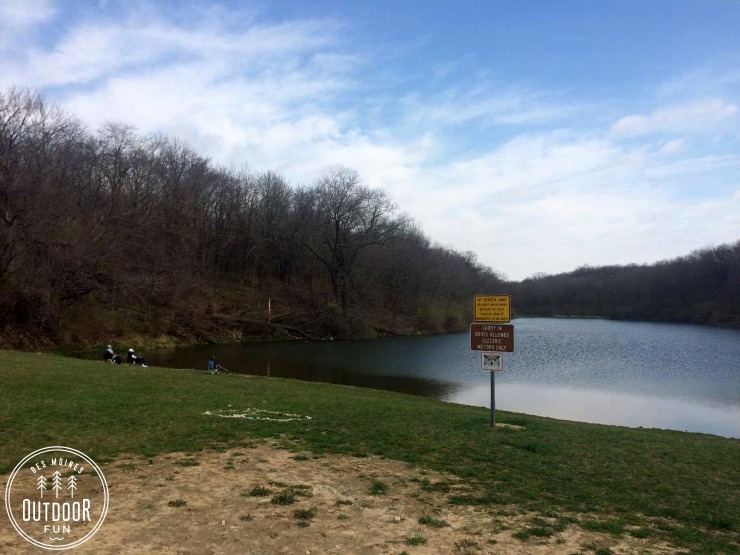 We drove down to the pond, where there were a few folks fishing peacefully. 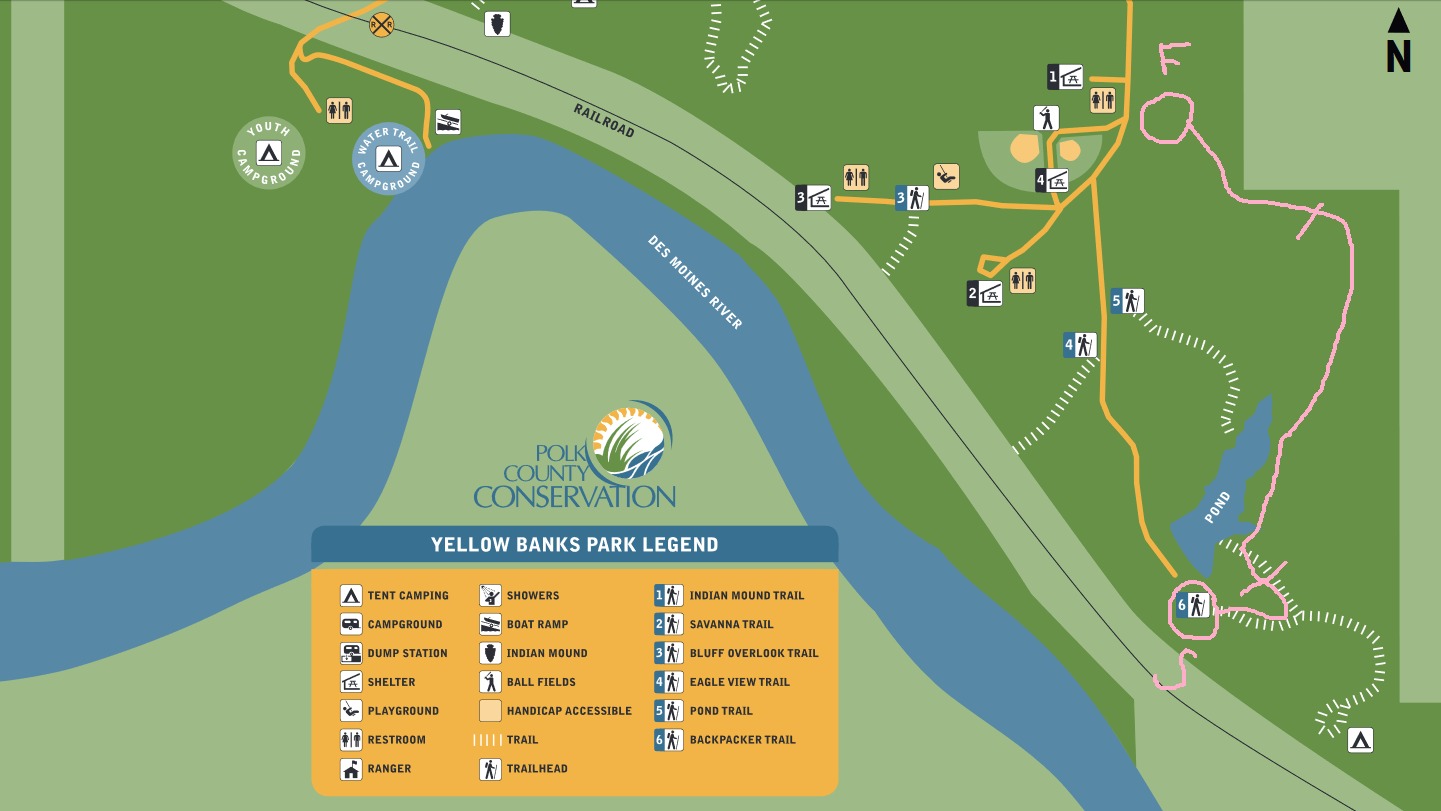 You can see above on their trail map where we started (S) and then where we ended up (F); the little lines are red bridges, as seen below. 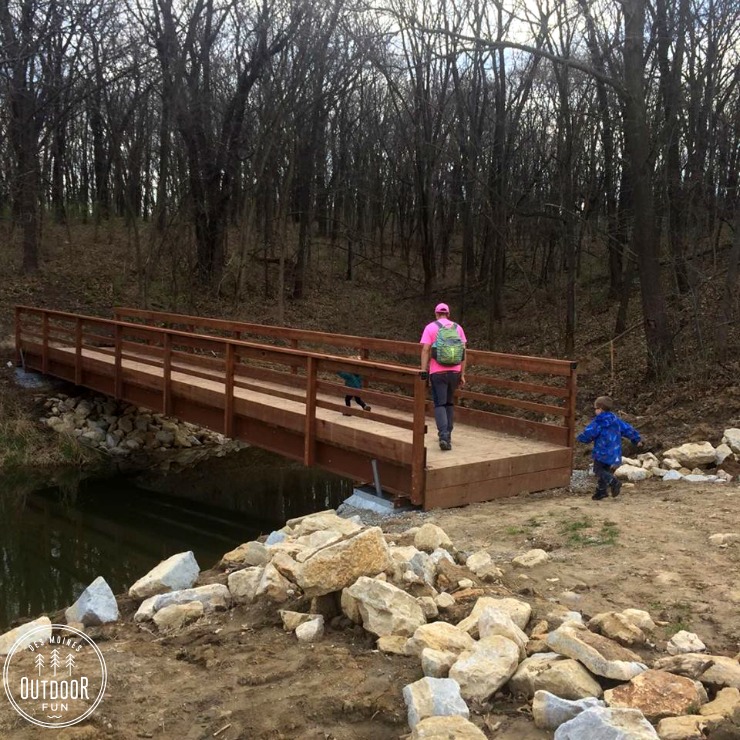 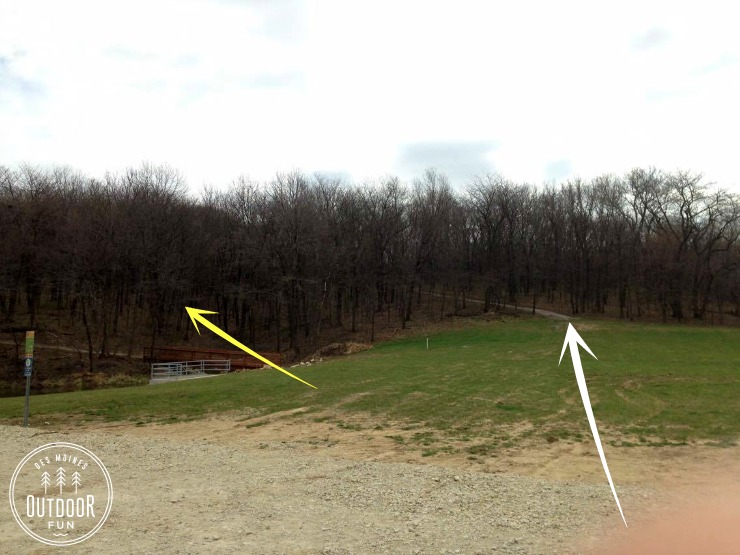 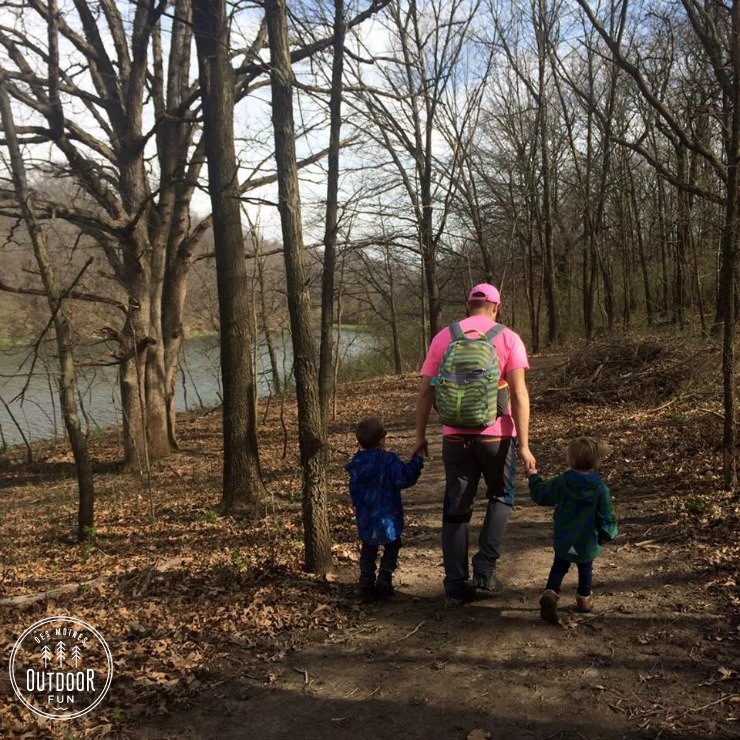 Over the bridge, the trail was easy and wide. We found quite a few fallen trees that were perfect for climbing and investigating. 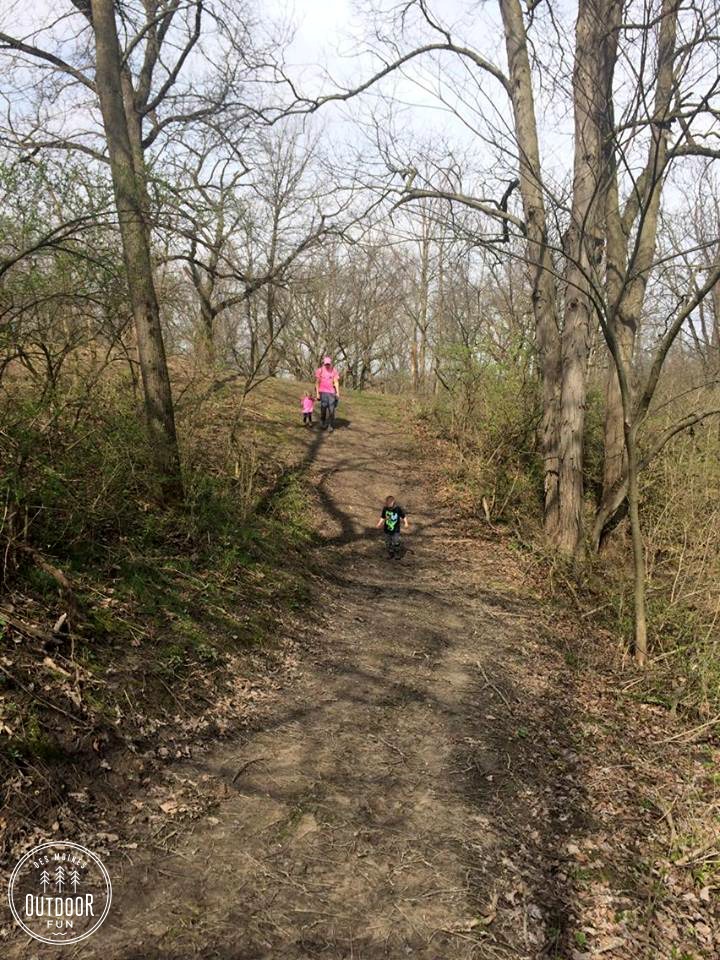 Slowly, the terrain stretched away from the pond and there were more elevation changes. In this area, the park runs up along the edge of a horse farm which was fun to see. 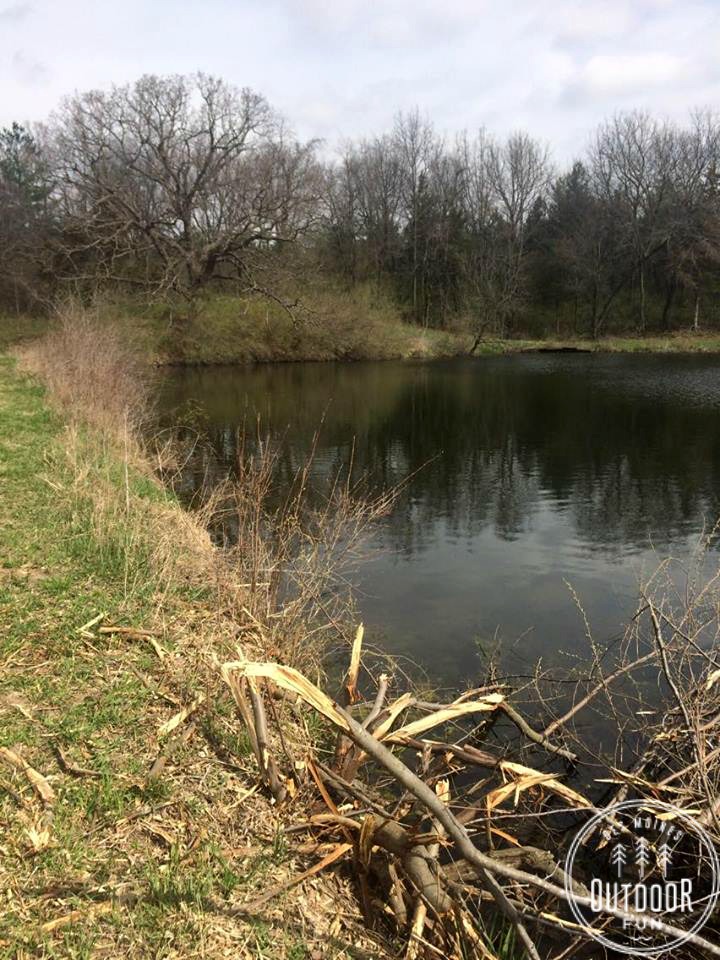 Shortly after seeing the horses, we started to wonder if we were still on parklands. We followed the tire tracks through a field, coming up to this second pond. I couldn’t get a good picture but it had the BIGGEST tadpoles I’ve ever seen. There were several bluejays chasing each other around, which was fun to watch. We could see some houses off in the distance as we kept walking, and ended up at the edge of the woods. At this point, we were genuinely questioning if we were lost and then quickly felt relieved when we saw a second red, manmade bridge like before and knew we were in the clear. 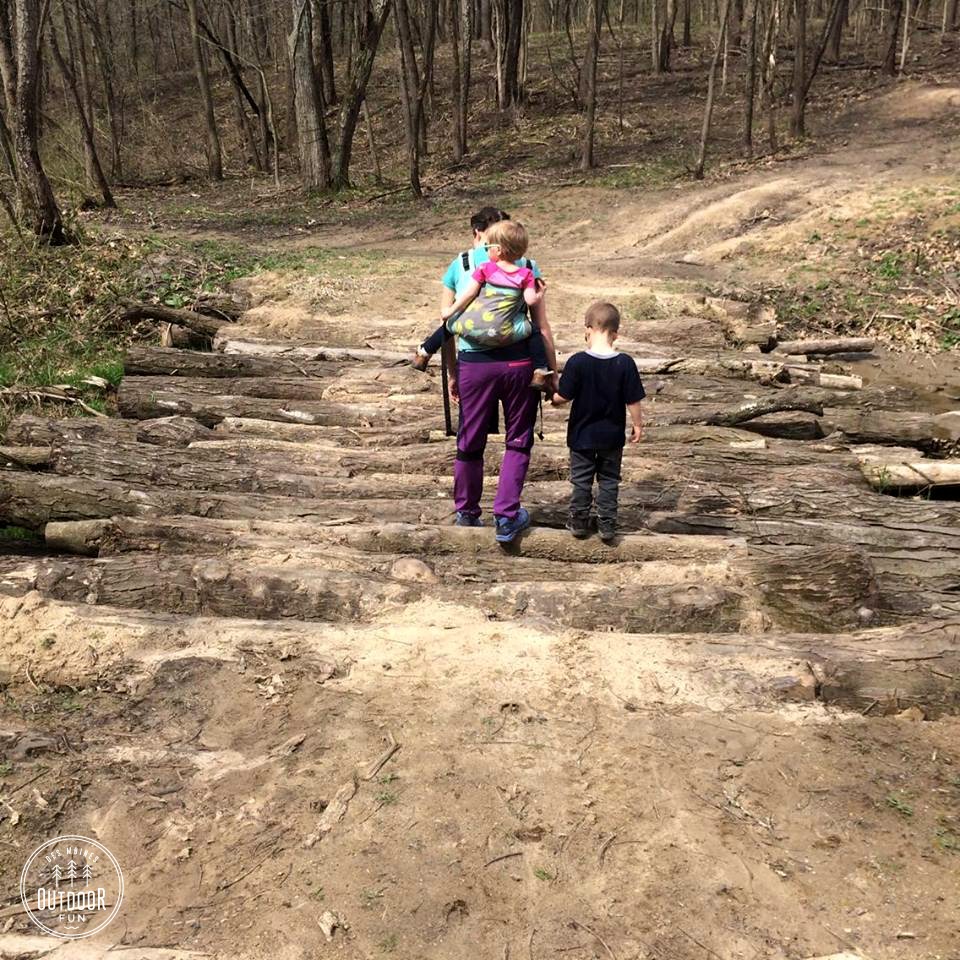 There were two of these log bridges thrown in along the way, it was neat to look down and see the water running under our feet. Super peaceful to listen to! 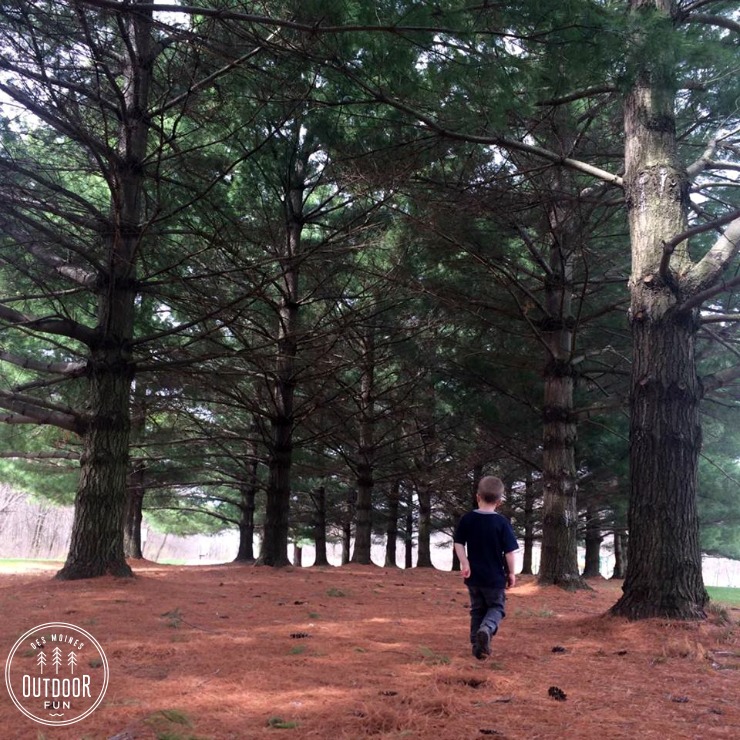 We finally came out at the road, walking through this beautiful pine tree corner to get to the second playground. 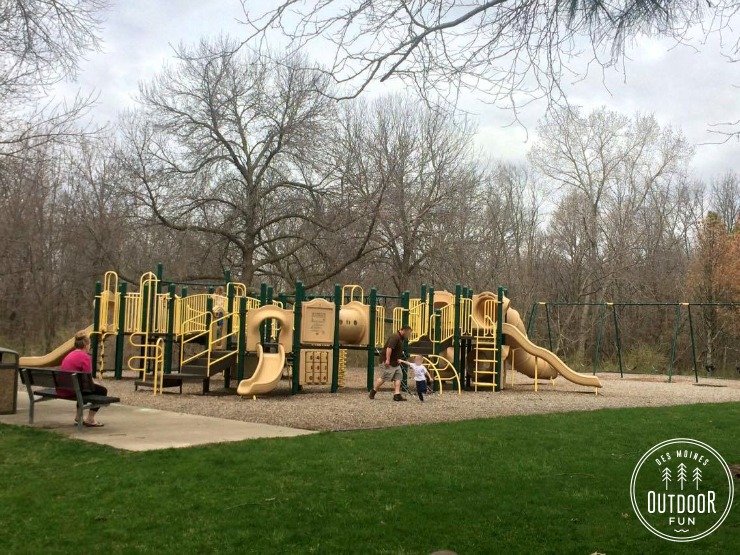 This is a great playground, with a ton to climb and a few swings. There isn’t any shade directly over the playground, but lots of trees nearby to catch a break.

Sharing a few fun things we spotted along the way: 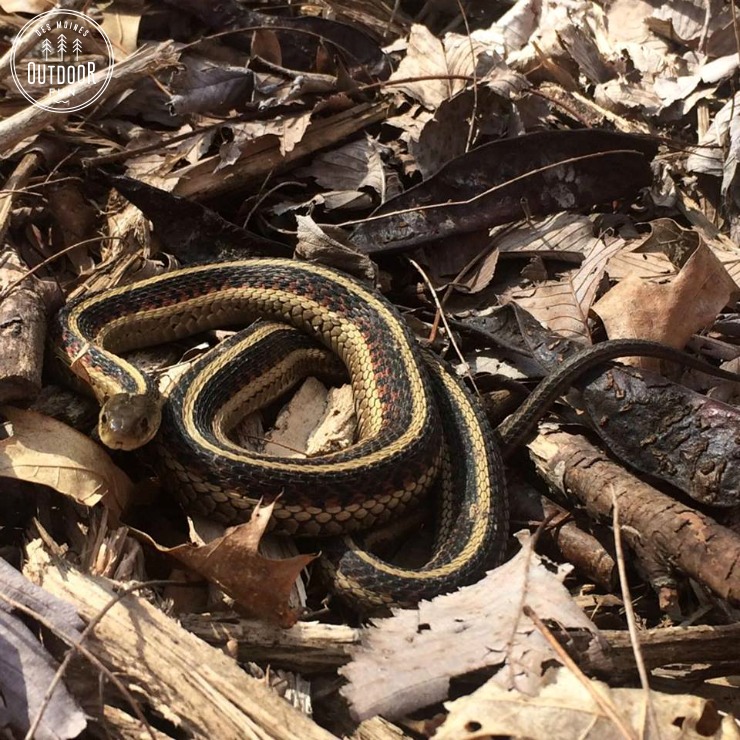 We saw two big snakes like this! Can’t decide if it is a Lined Snake or a Western Ribbon Snake, I’m leaning towards the former but didn’t take a peek at its belly. 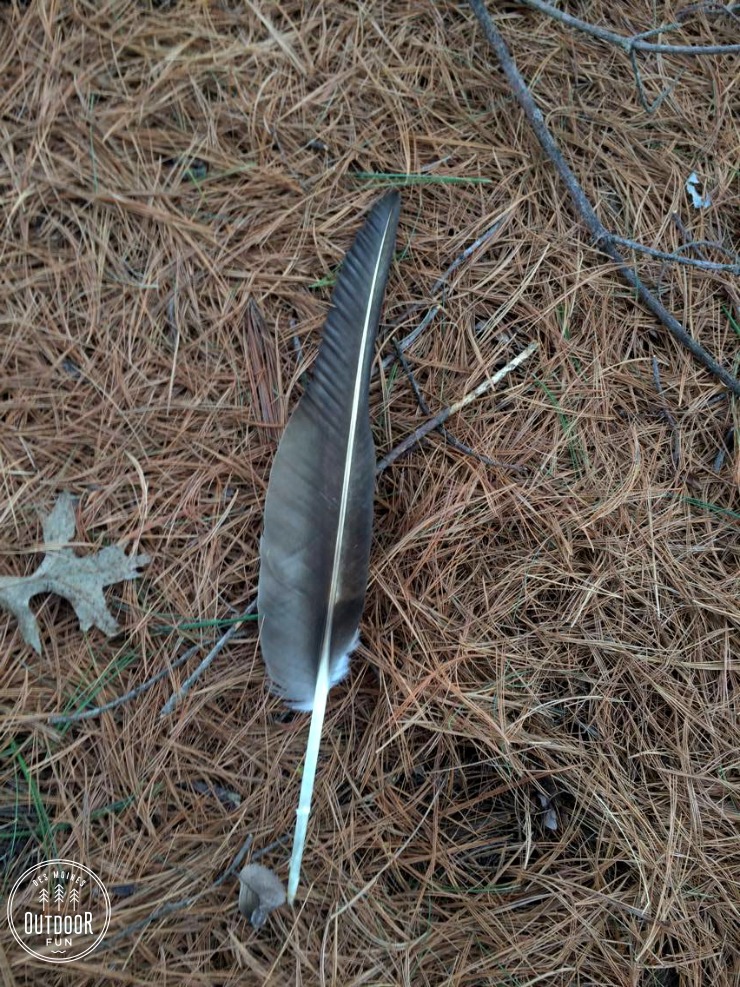 There were a ton of big feathers under those evergreen trees, always interesting to check out. 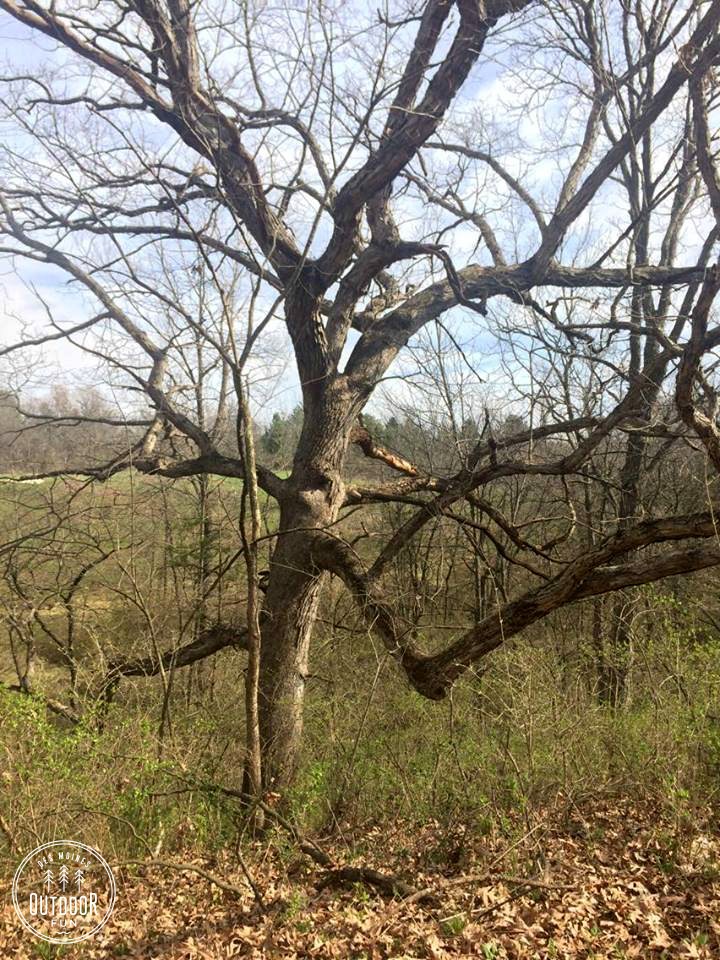 This tree had the most bizarre limb structure, doesn’t it look like a clumsy kid sprawling out for a bear hug? 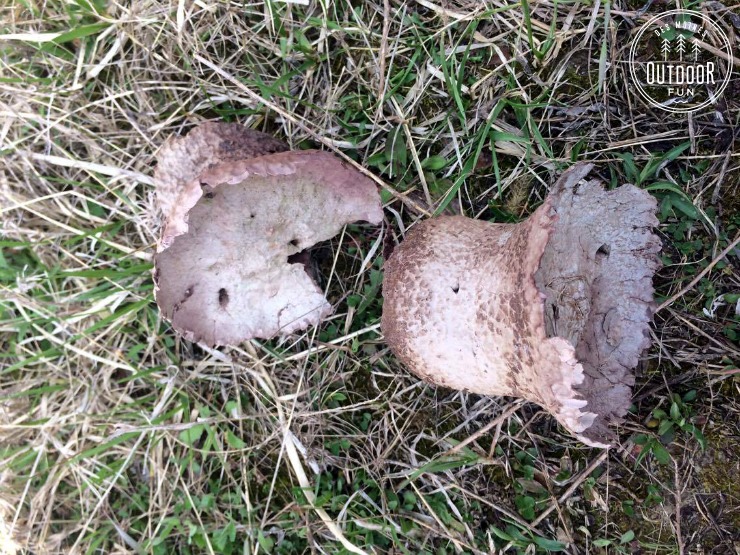 Look how big these were! I can’t seem to find an easy way to hunt down fungi types, anyone have tips? 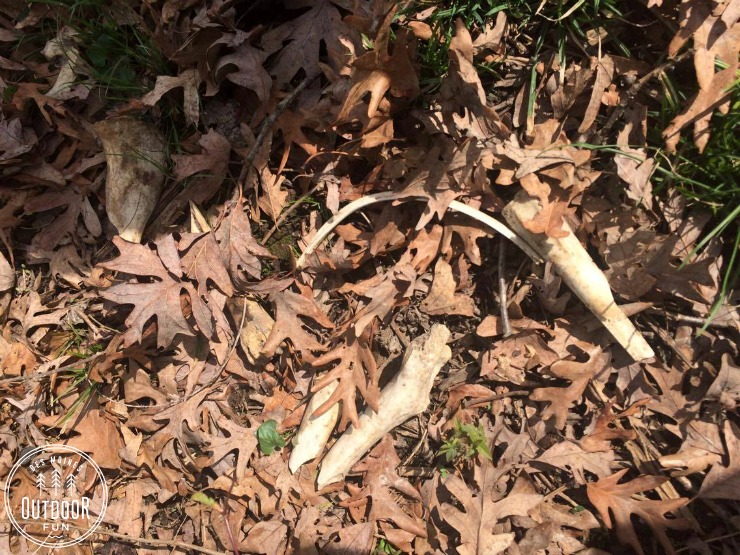 We spotted some bones by the pond. 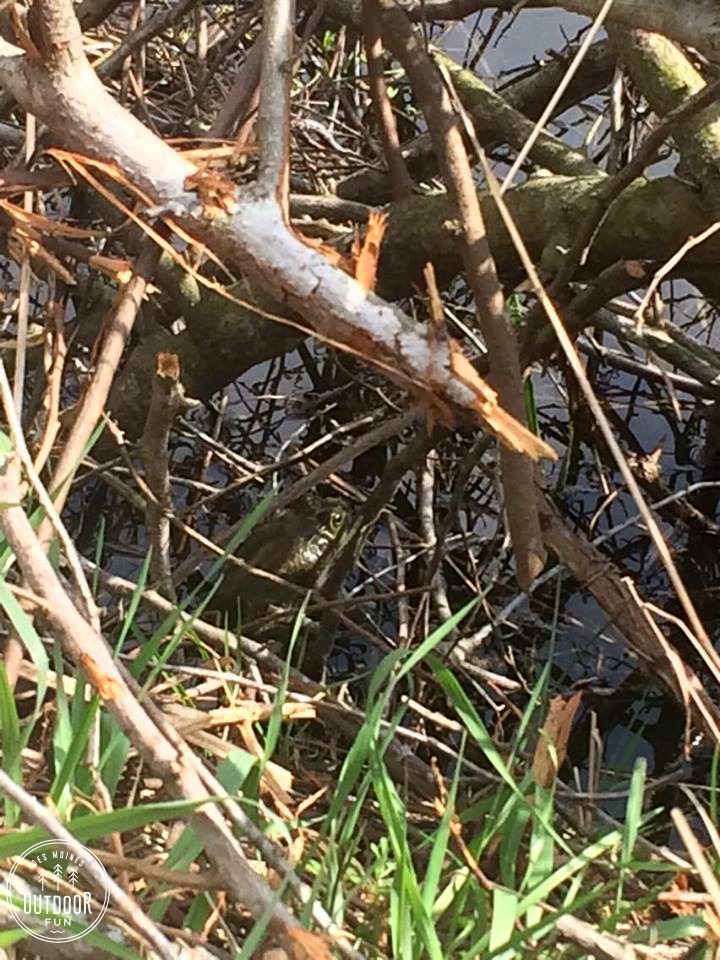 Can you spy the bullfrog? 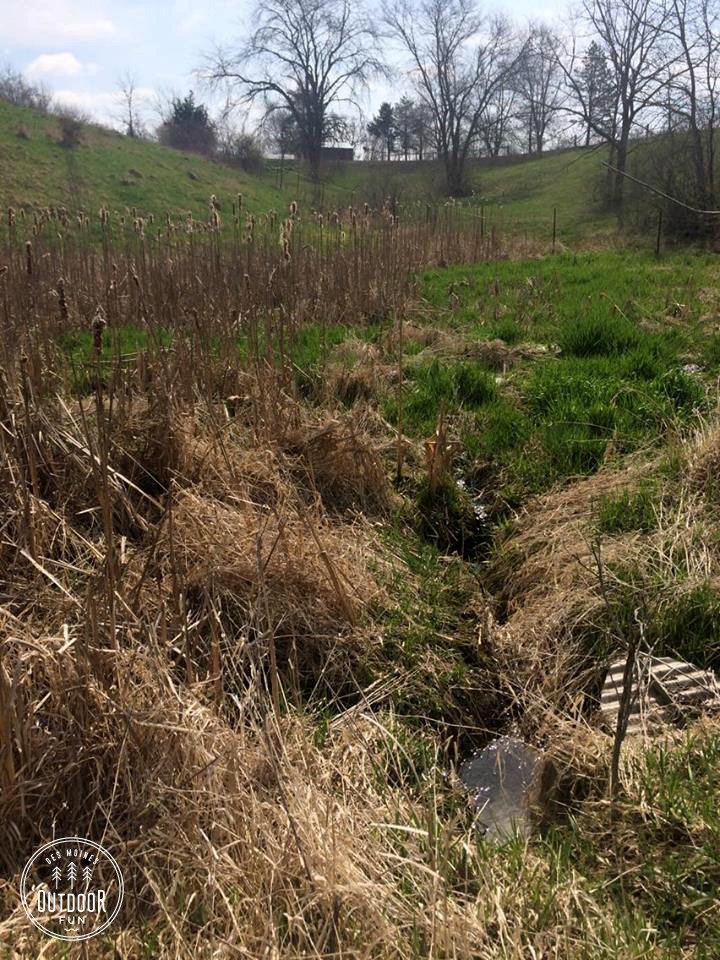 Cattails were a surprise, right after we turned away from the horses. 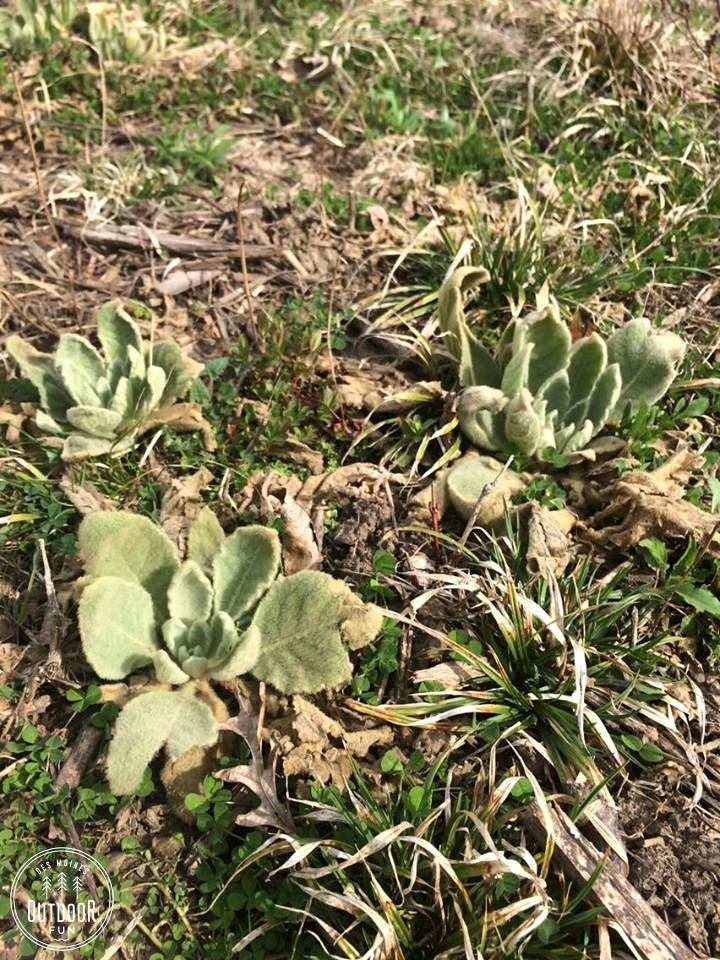 Lamb’s Ear! I love spotting this plant, it’s super soft to the touch.

We were tired by the time we got back out, but the hike was absolutely lovely. We are thinking about trying to camp there but will definitely go back to check out the other trails even if we don’t!