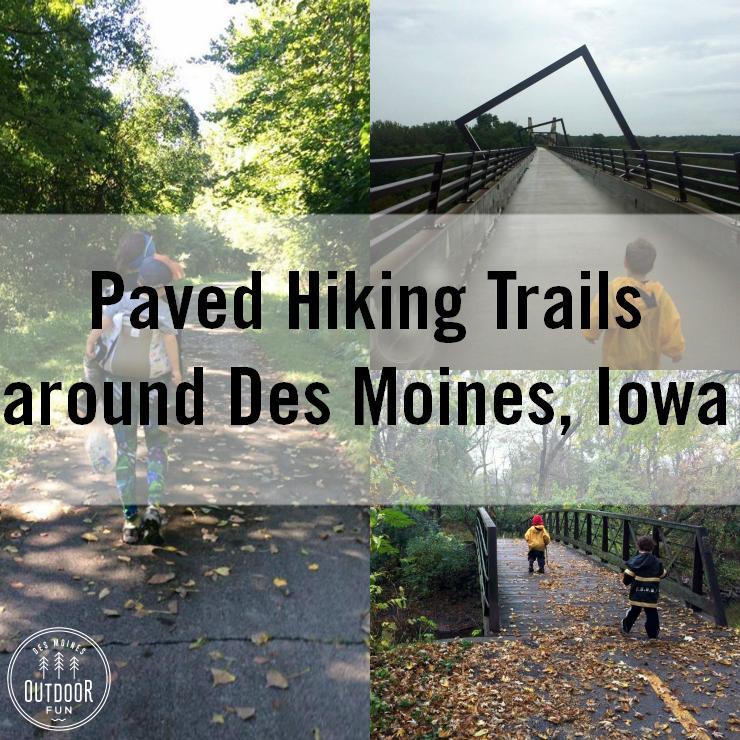 My first love will always be dirt trails but paved trails can be great if you want to use a stroller, wheelchair, have an early walker, or are trying to avoid mud. One drawback is having to compete with bicycles, but I’ve tried to note the trails below that seem to be more popular with cyclists. This is a subjective list, based on places we have hiked, that were paved but feel more immersed in nature than a typical sidewalk. There are lots of parks that have paved paths around them that might be great for little kids to bike on or shorter walks, you can find them all in the interactive map if you toggle it to show “places to take a walk” but I’ve narrowed that list way down to places that feel a little wilder without losing that paved footing.

I also have a list of playgrounds with rubber footing, if you are looking for paved trails in an effort to avoid mud!

Again, this is not an exhaustive list but my selective one of paved trails that you can walk for at least half a mile, that feel like you’re out in nature with animals and trees all around.

You can find a map at the end of the post, showing all of the different spots. Please let me know in the comments if I’ve missed any of your favorites! 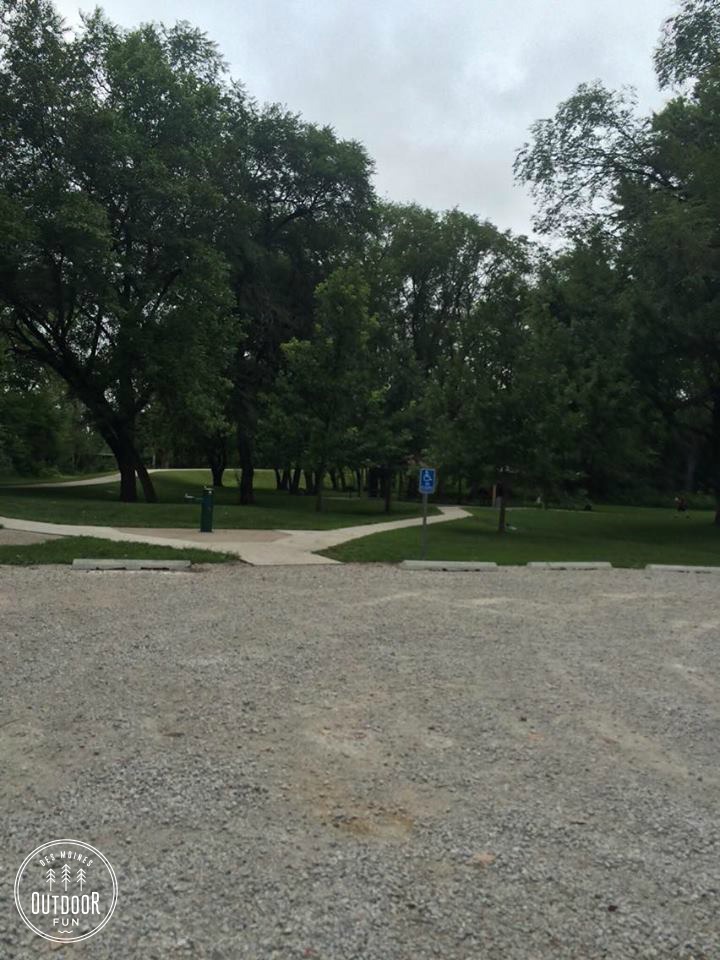 Mally’s Weh-Weh-Neh-Kee Park– With a cute tiny playground and lush trees, these paved paths connect to several other major trails in the area. 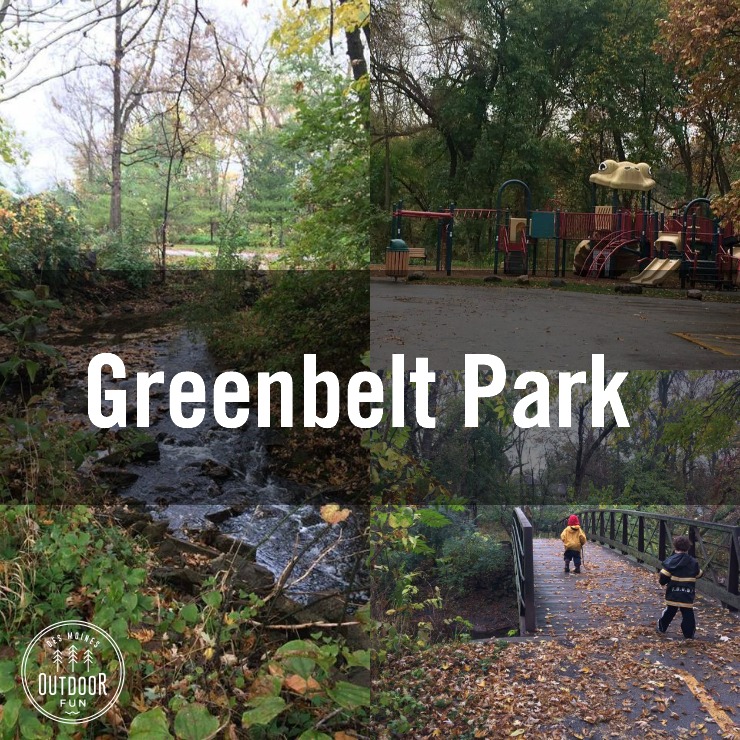 Greenbelt Park – This can be bicycle heavy. There are two playgrounds to access the paved trails, lots of bridges, and trees. 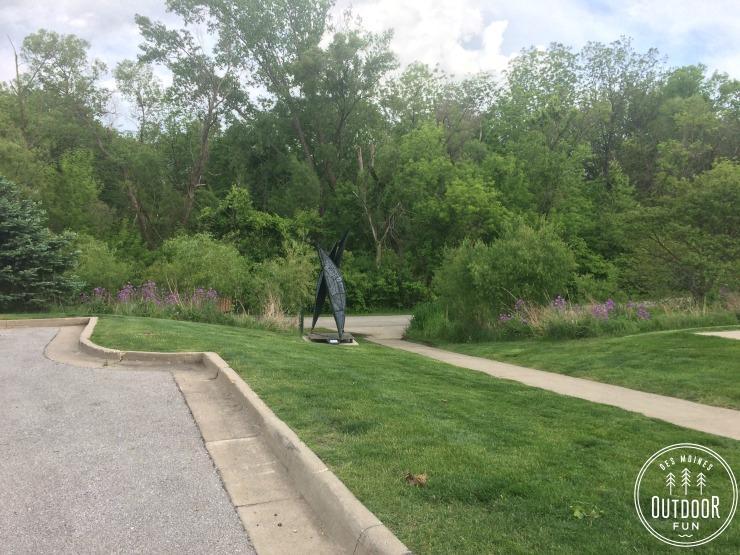 Wildwood Park- Tucked into a neighborhood, there is a playground that connects to the major paved trail in Clive. A small creek, lots of birds, lush trees, though it does back up to the residential houses.

Gray’s Lake- Bike heavy, with a very long bridge, and playground. Bald eagle nest nearby, lots of trees and the loop goes around the lake. Riverview Park- I’ve never seen anyone else here when we visit, this is a main hub for several major trails. There are frequently ducks and geese, lots of trees, open green space to roam if you’d prefer but several paved options. 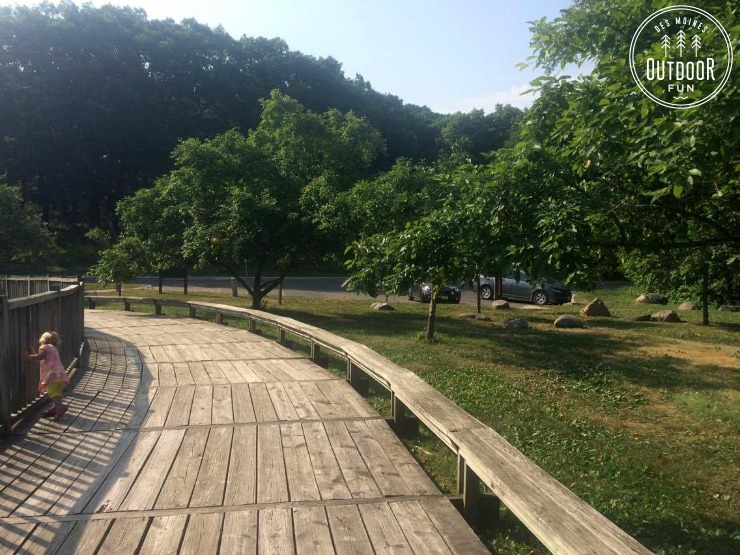 Greenwood Park- Park by the pond and get out to stroll around the pond, connecting to paved trails after the wooden boardwalk or loop back on the gravel to your parking space. Lots of frogs, birds, fun terraces to climb for a break. 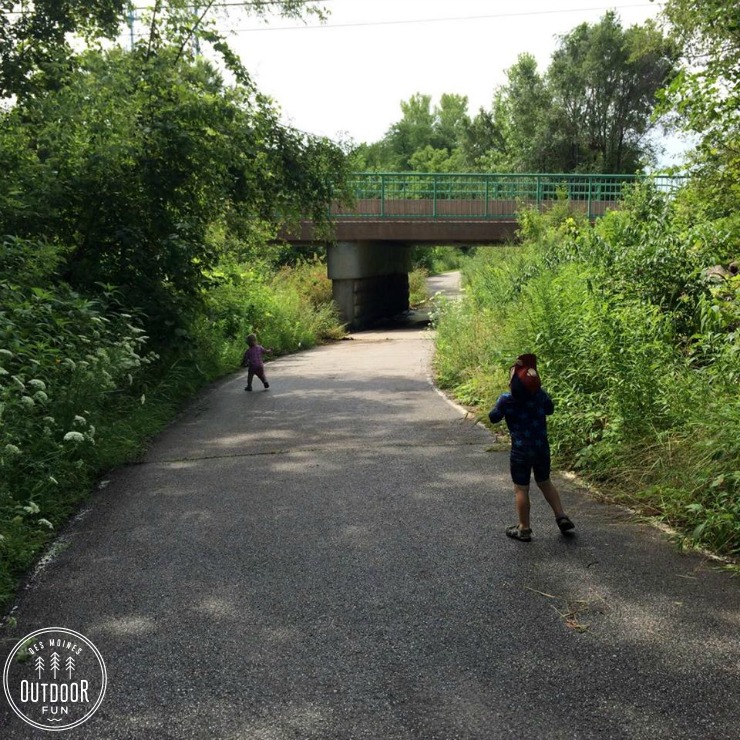 Sargent Park- This is a nice wide path alongside a creek, it’s easy to find snake and frogs. There is a playground by the parking lot. 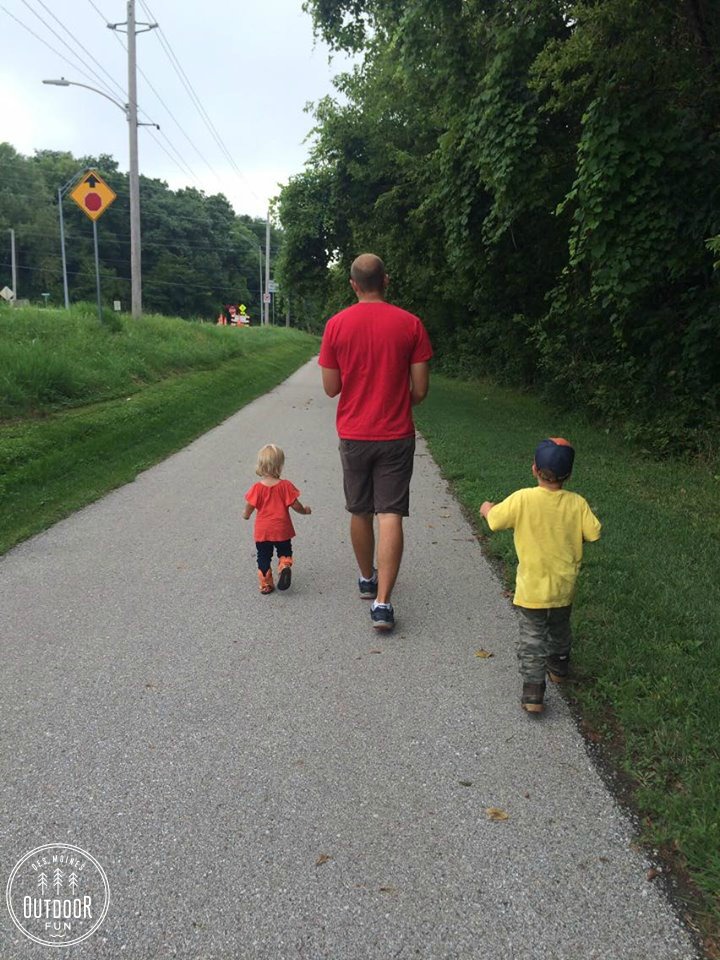 Trestle to Trestle Trail– This is an easily accessible trailhead with nice paved trails surrounded by woods. It was quite buggy during summer; you can sometimes see eagles along the water! 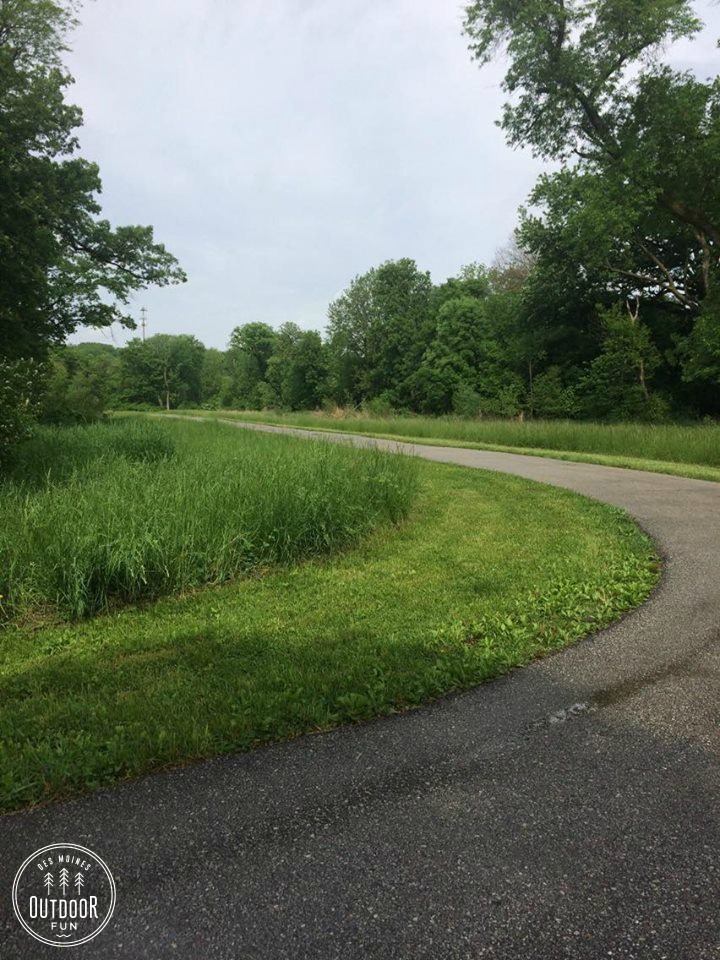 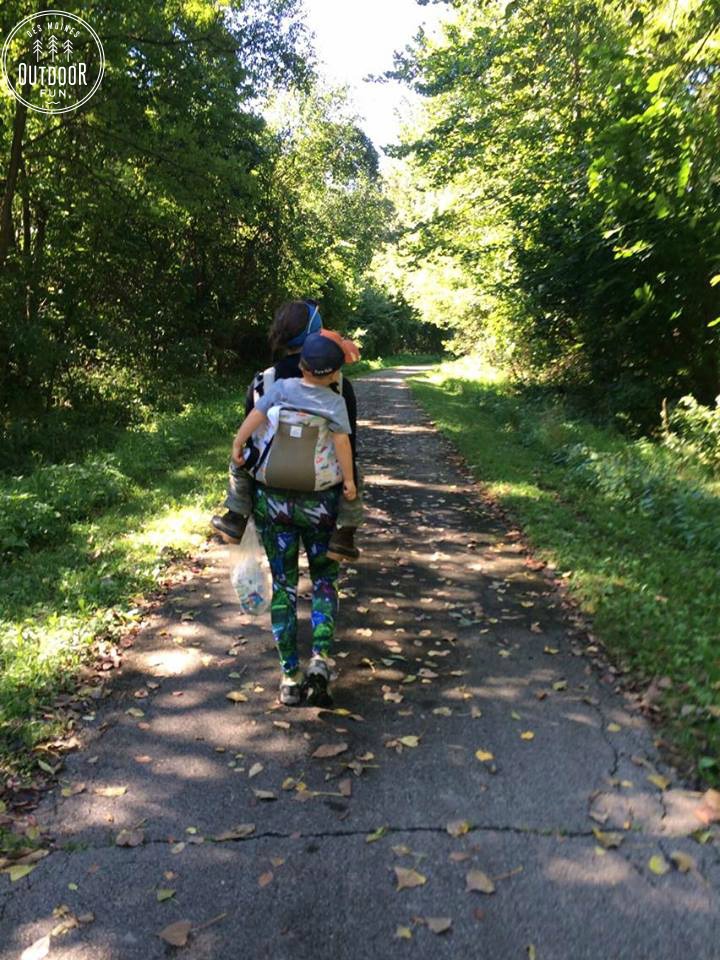 Sycamore Trail– This trail can be confusing so click through to see the different places you can park because there are both paved and dirt trails by the same name. The paved trail goes alongside the river and is used by bicyclists but I’ve never seen it super busy. Lots of birds and frogs to spot.

Terra Park- I need to dig up some pictures of this one, we have been here but apparently, I didn’t document it! They are planning big renovations for this park, but right now there are lots of paved trails to explore surrounded by trees. 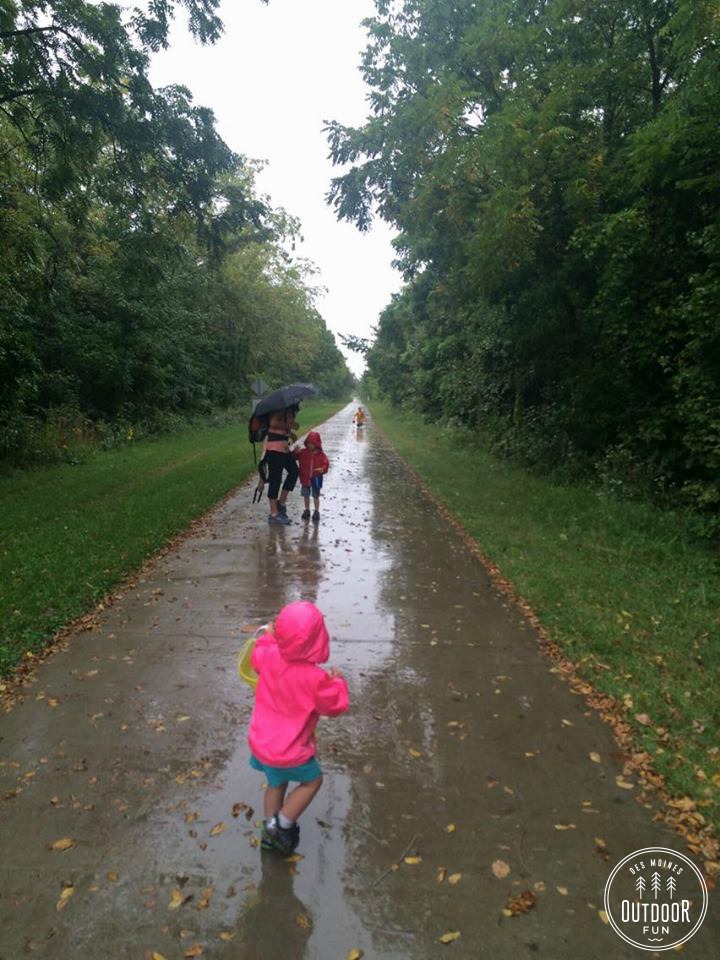 High trestle trail– Another one used often by cyclists, this takes you over the famous high trestle bridge. Lots of bird watching and quiet forest to explore, along with the bridge. I don’t recommend it when it’s windy!

Thomas Mitchell Park – There is a nice paved loop by the main entrance (not by the campground) that goes around the pond. There is no shade but frequent ducks and people fishing. A playground and dirt trails are also at this park.

Copper Creek Lake Park – Lots of geese nearby and a paved loop around the lake, with a playground that has rubber footing nearby. 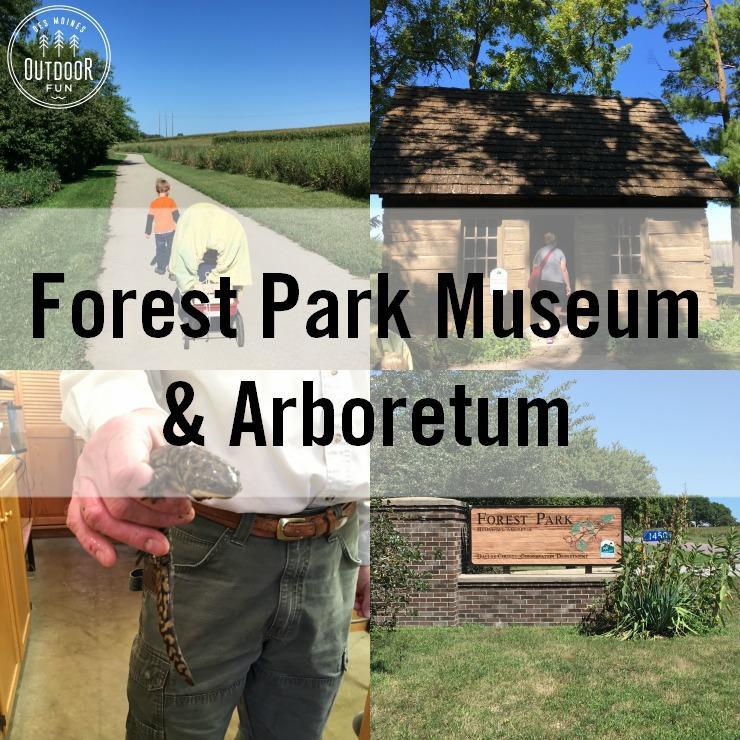 Forest Park Museum/Arboretum– A hidden gem, there is a paved path to follow along viewing a creek and the prairie. You can even borrow a DIY Conestoga wagon kit to explore. 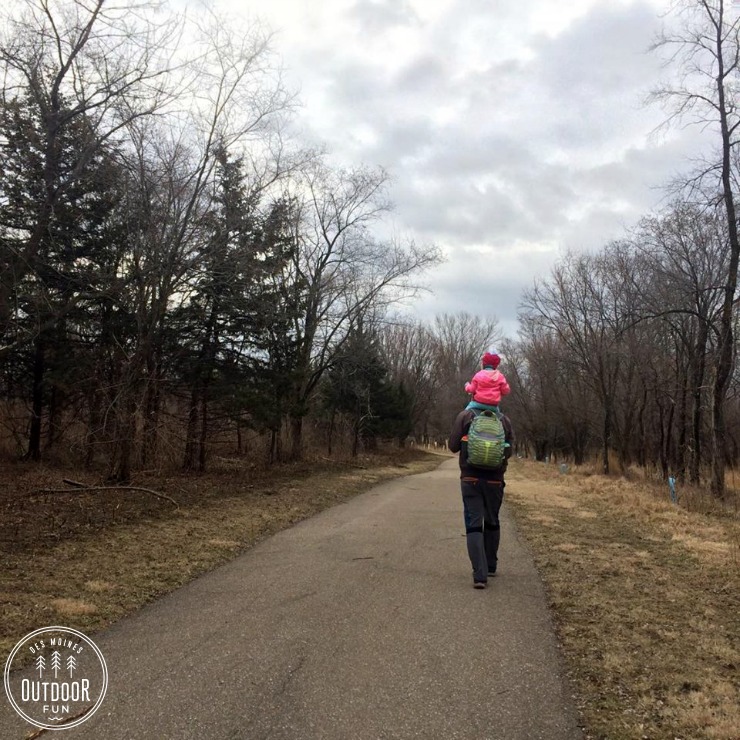 Big Creek State Park – This park is always cooler than I expect with lots of water blowing off the lake. Paved paths weave through the trees, connected from the parking lot by the big wooden playground. 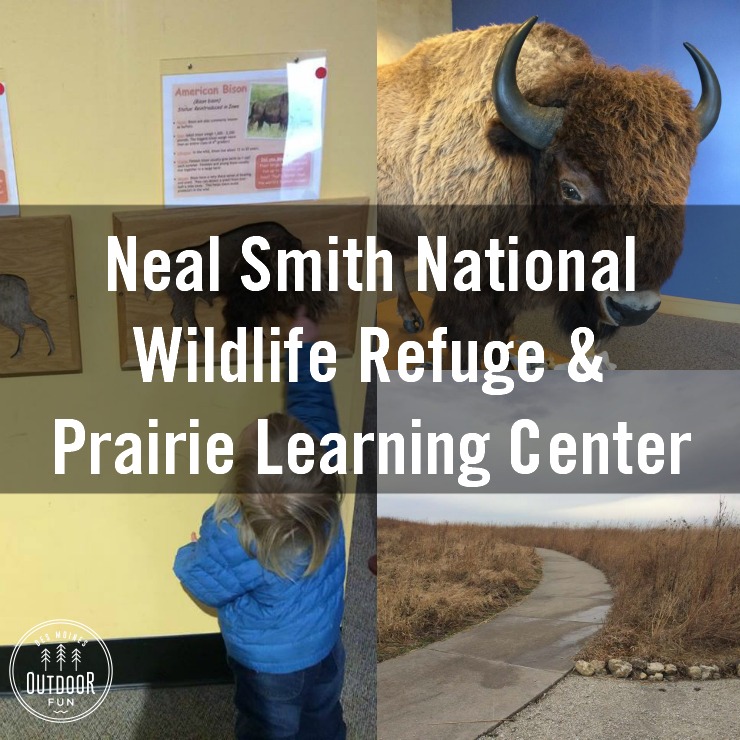 Neal Smith Wildlife Refuge– A hidden gym way out east, there are lots of paved trails that take you by the bison. Absolutely zero shade but lots of prairie and wildflowers, with the great indoor learning center to explore before/after. 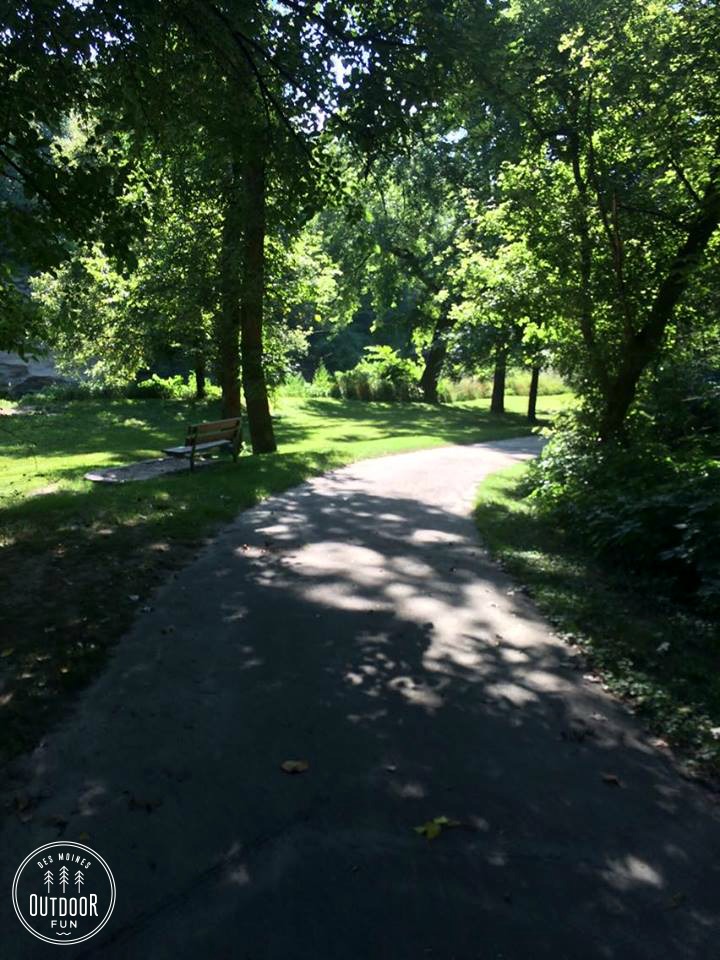 Hanging Rock Park – This is a pretty small park and I hesitated to include it, but if you’re looking for an adventure but need paved paths it’s a good one. I haven’t seen any bikers there and there are short paved paths that take you near impressive rock formations, a small river, with unique wildflowers, trees, and sand nearby. 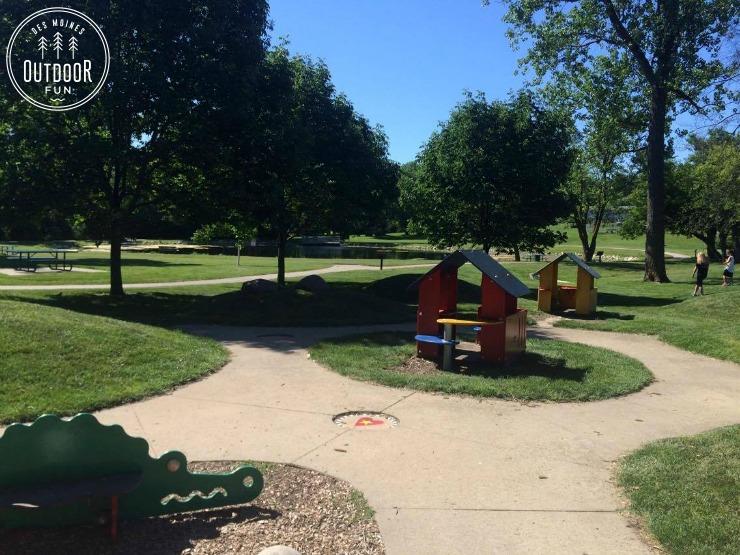 Charles Gabus Memorial Park/Walker Johnston Park – These are connected; you park at the library for the former and at the playground for the latter. Nice, paved trails that are shady with water nearby and lots of trees. 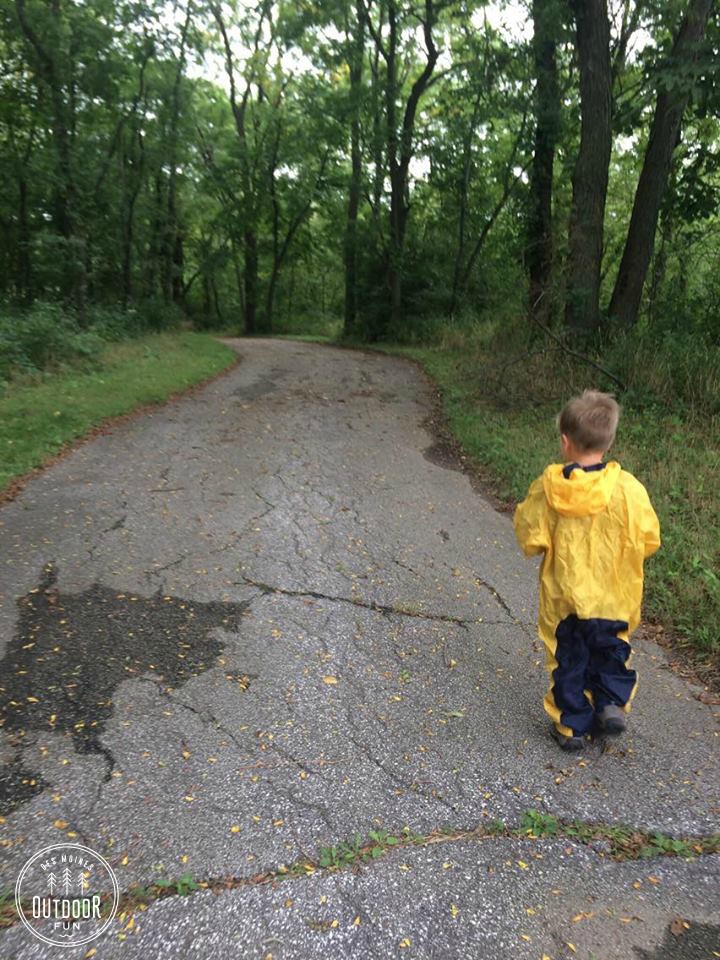 Southwoods Park- No playground here and never any big bikes, this is a very quiet paved path that goes up into a small loop. There is a dirt nature path off the paved path but it’s a great spot for younger kids to bike or explore. Tons of birds and vegetation tucks into the trees. 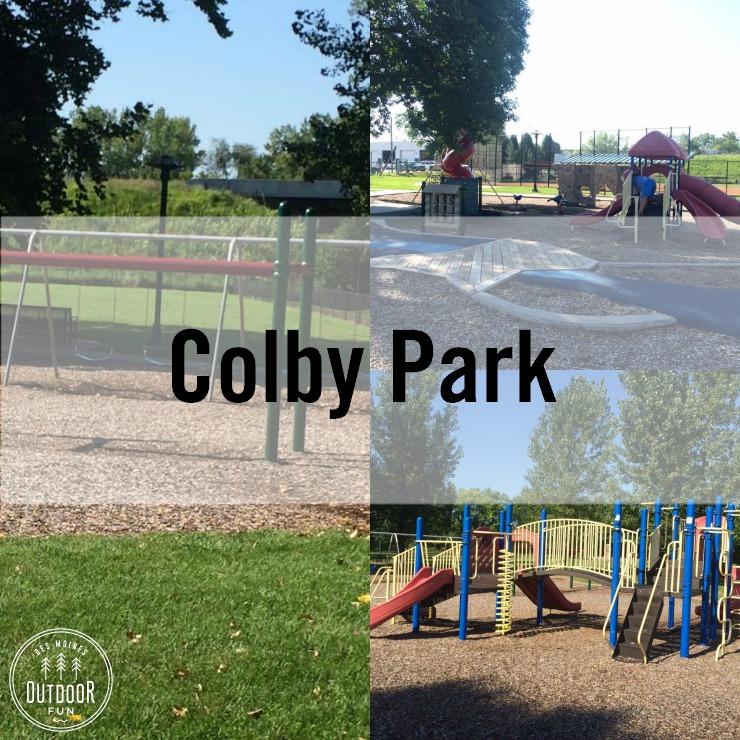 Colby Park– You park by the playground and then there is a relatively busy paved trail nearby, this is the most “urban” feeling option I’ve included but there are lots of trees and frequent squirrels.

A map of where they are all located: