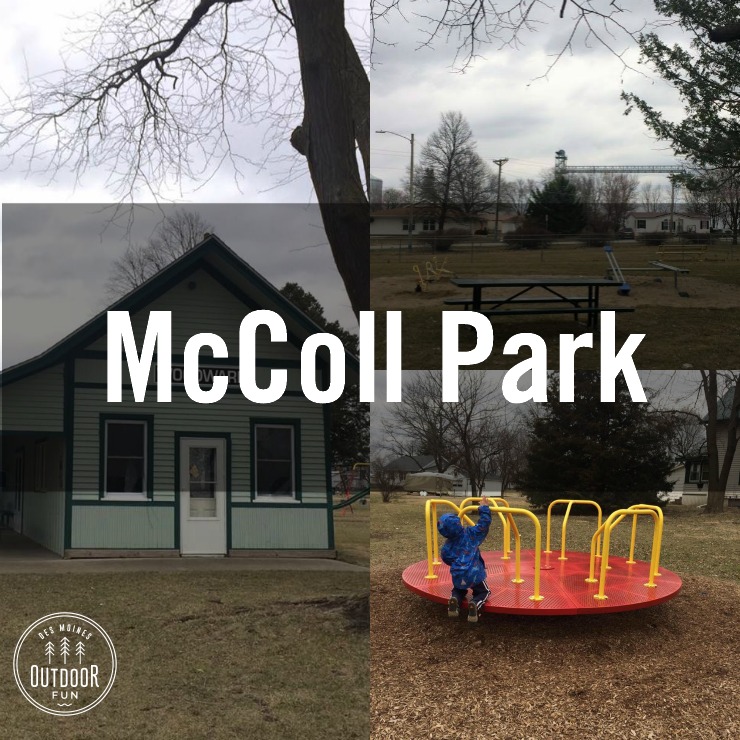 Mccoll Park in Woodward, Iowa is a quaint, small town park that we stopped by after spending the morning at Big Creek State Park and then checking out Swede Point Park! We had initially planned on killing time at this park until it was dark enough to see the High Trestle Trail Bridge all lit-up, but the temperature kept dropping and we gave up on that idea. My son had a marvelous time on the old-school merry-go-round and teeter-totter; all the open space was great for running around.

You can see more specific details on the McColl Park page or check out its location on the interactive map. 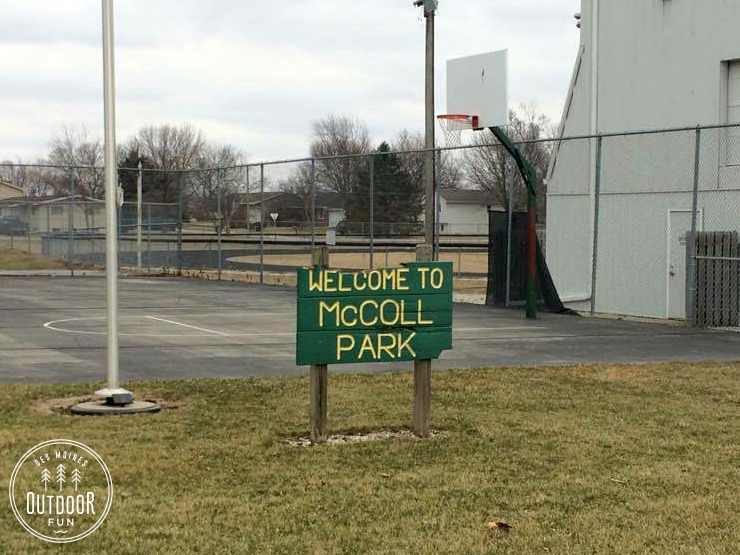 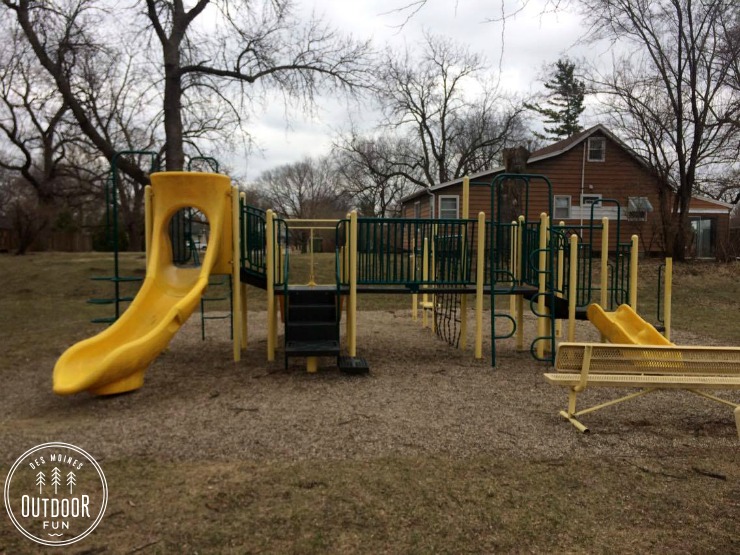 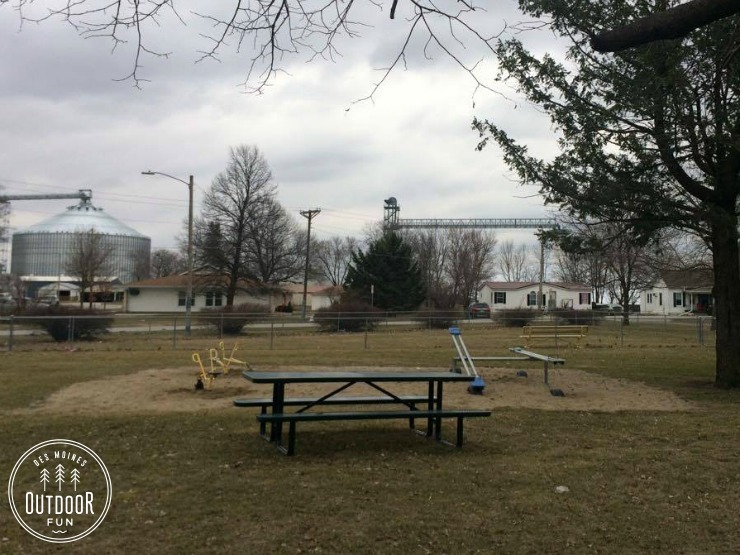 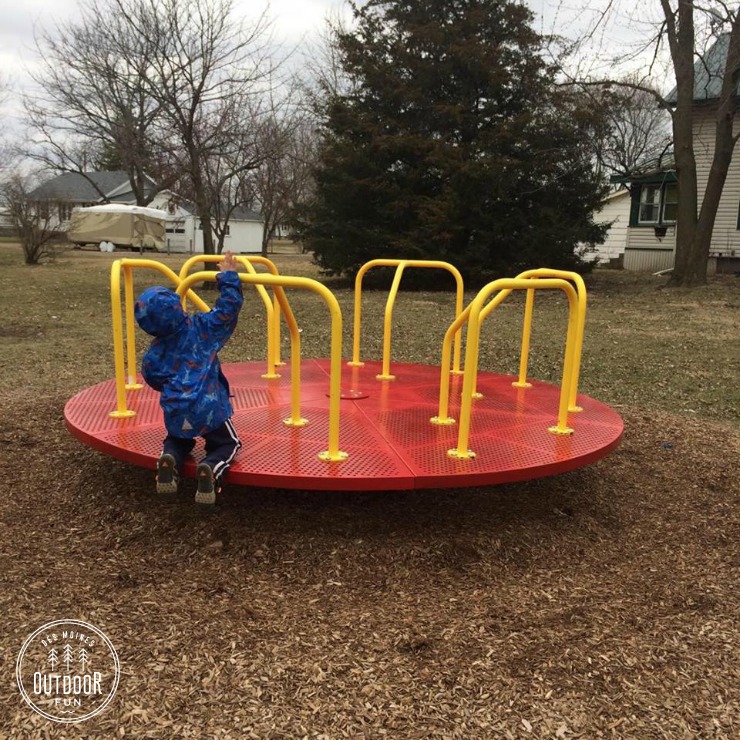 Why don’t they put these in modern parks! My kids absolutely love them. 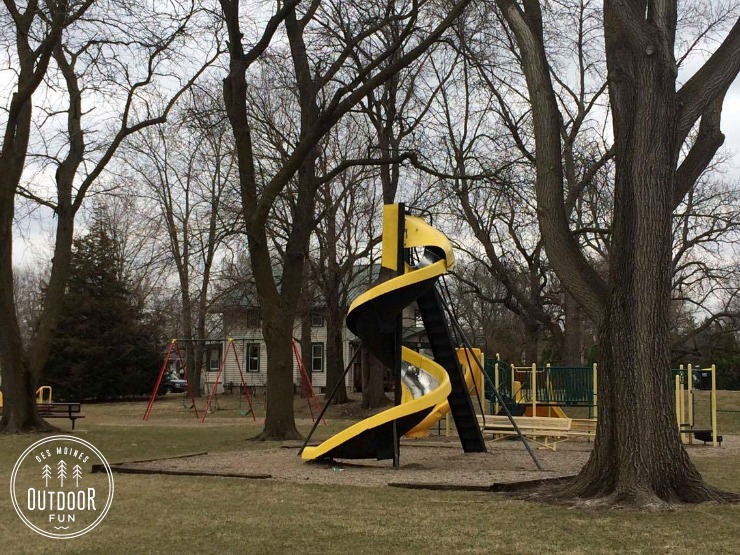 This giant slide was fun. 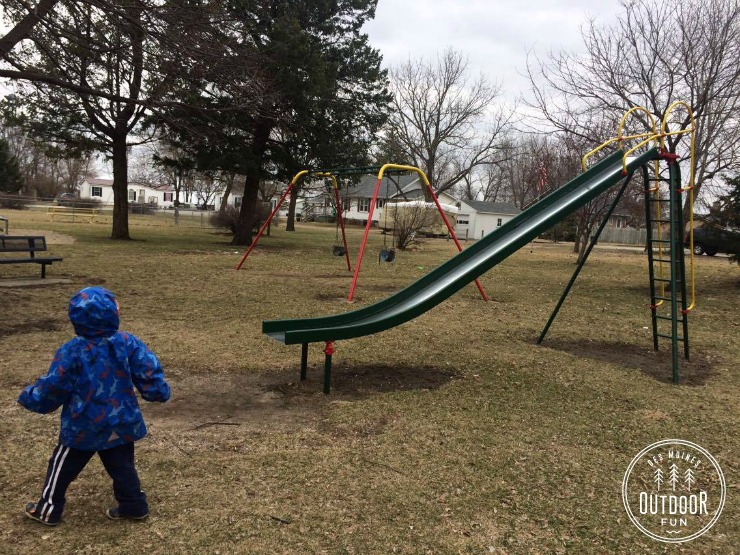 There was a slightly less intense slide option as well. You can see the swing options in the background of both pictures above, with baby and standard sizes. 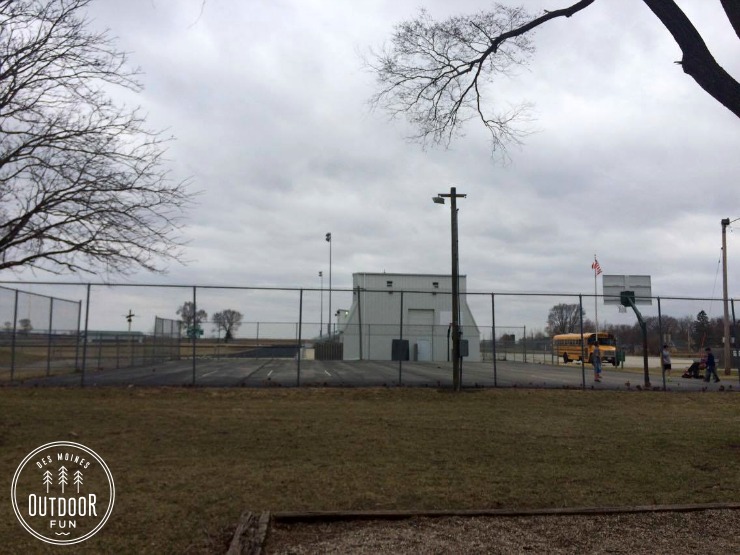 There was a basketball court right next door. 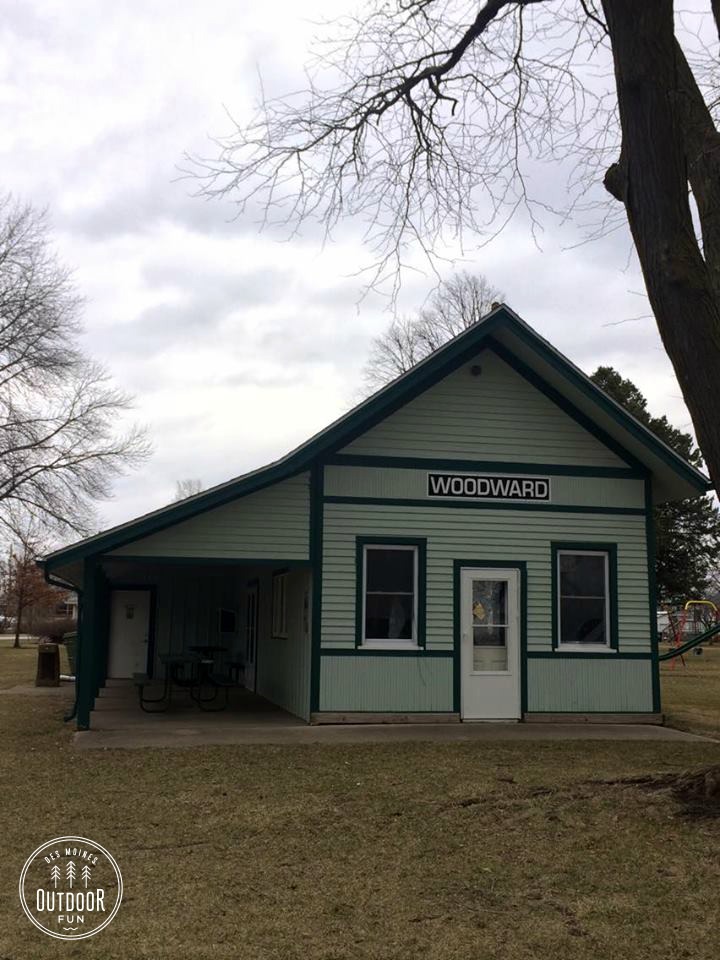 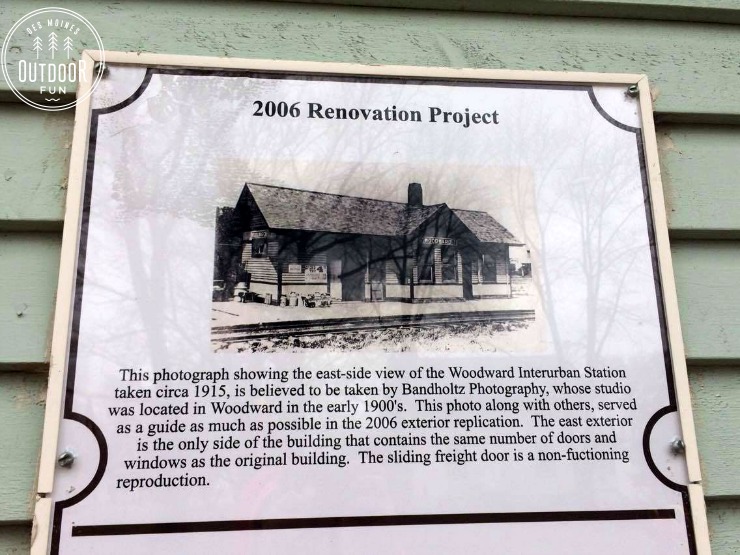 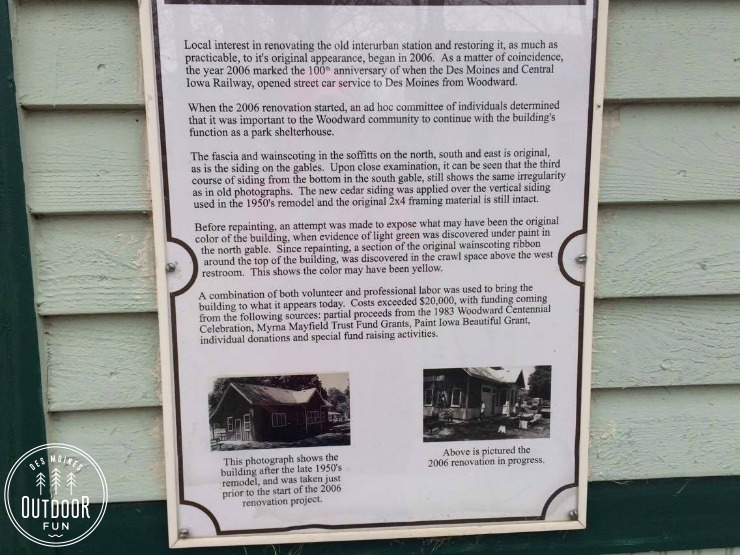 The renovated train station wasn’t particularly exciting, but if you’re into Iowa history you might want to check it out! I’m not sure we’d ever drive up special to see this park, but it was a fun stop-off in between other destinations.