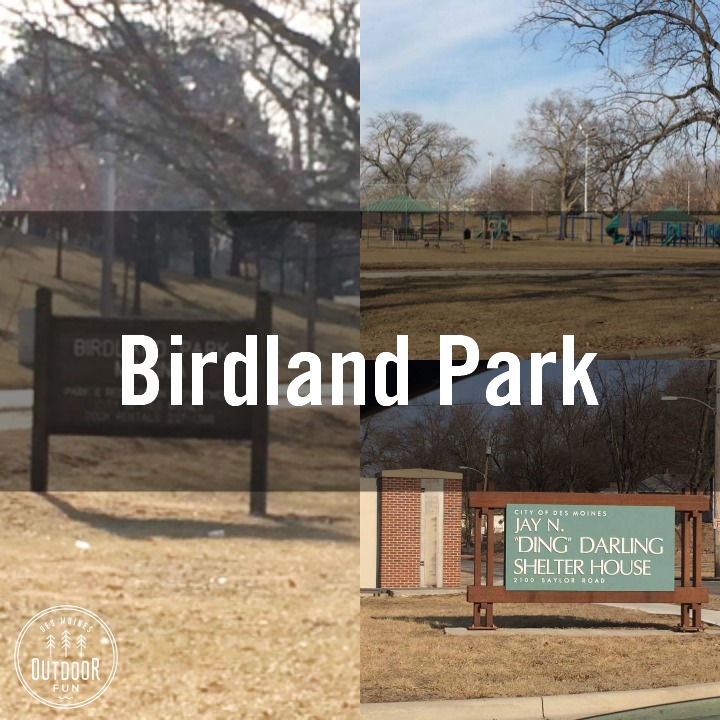 We were running errands (had to drop off my broken sewing machine, womp, womp) and decided to use the DSMOF interactive map and explore a new place. Birdland Park is right next to Union Park, which I didn’t know, and has its own little shelter house and playground in addition to a trail and lake/marina. I think this park is best known for its water sports, which we obviously did not see in early February, so maybe we’ll have to loop back this summer. Let me know if you’ve visited and what you did here!

[You can see more specific details on the Birdland Park page below or check out its location on the interactive map.] 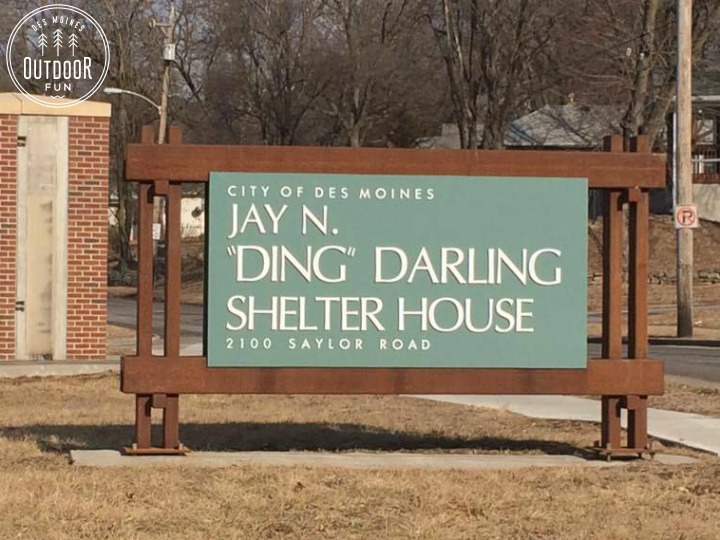 Apparently, the shelter house was originally constructed as a skating shelter in the 30s and renamed for Jay N. “Ding” Darling in 2013. Apparently, it is the most highly-rented shelter in the DSM park system (info found here). Coming to the direction I did, this sign caught my eye first and I was confused if I was in the right park. 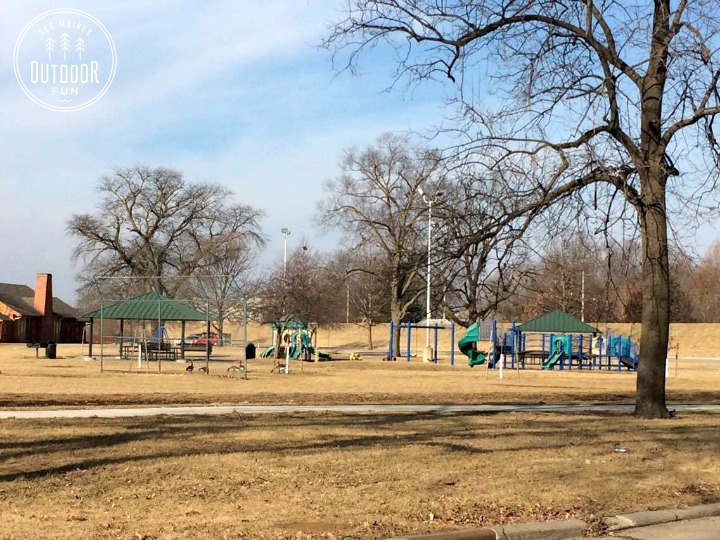 A far shot of the entire playground. They look the same from here, but the left is a smaller, toddler-friendly playground and the right is for bigger kids. 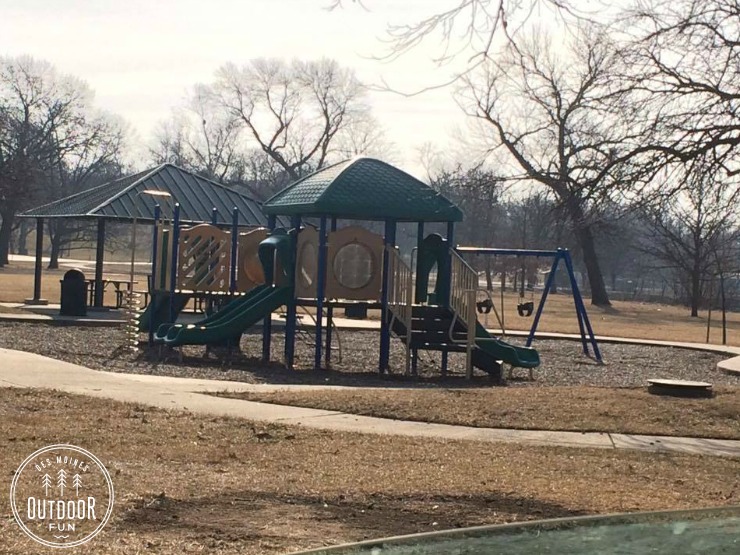 I didn’t notice until writing this post, but look how high those baby swings are! My son loved using those, and it was such a fight to transition to “real” swings, I would have been so miserable coming here when he was an older (and very heavy) toddler, trying to get him out of there (I’m 5’2 so tall swings are a struggle for me). 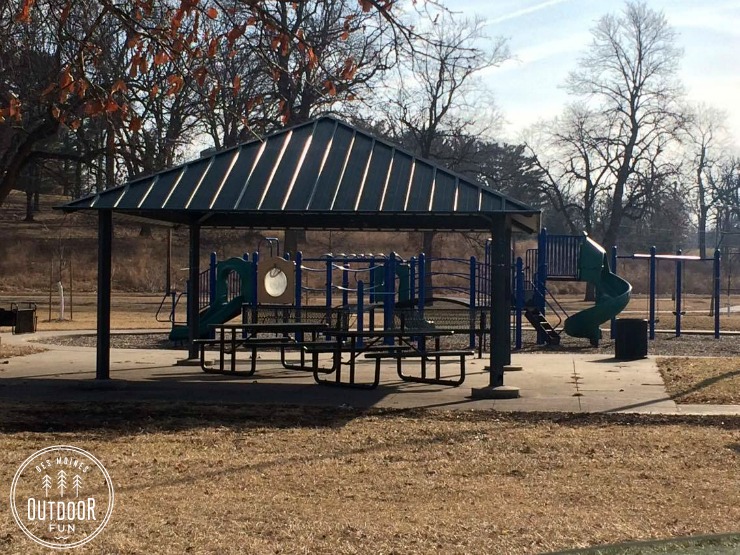 I realize you can’t see the river in any of these shots, but it isn’t that far! I would not recommend this park for anyone with a “runner” because there is a street on one side and the river on the other. We didn’t get out to play, since we’d already explored Union Park and were headed to the Des Moines Botanical Center too (busy morning!) but I figured I’d snap some pictures since I was already there!